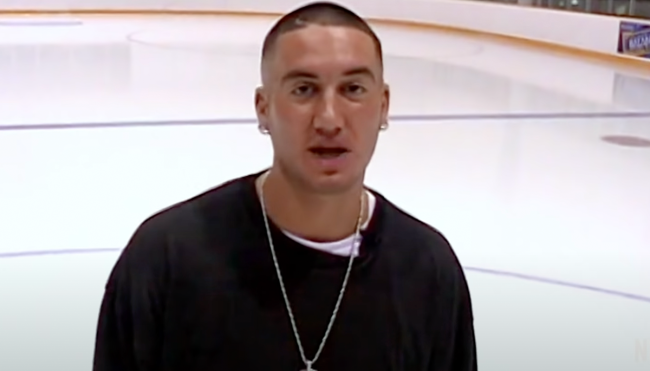 It’s easy to hate on Bill Simmons for being an insufferable blowhard whose love of obscure nuggets of basketball history is second only to his affinity for smelling his own farts. With that said, you have to give him some credit where credit is due for the role he played in ushering in the Golden Age of Sports Documentaries when he helped spearhead the 30 For 30 series during his time at ESPN.

It’s been over a decade since that franchise made its grand debut, and since then, we’ve been treated to an overwhelming number of deep dives like The Last Dance that have provided an unprecedented look at some incredibly hallowed stories in addition to plenty of other projects that have shined a light on largely unexamined tales that have all but faded from public consciousness.

Earlier this week, Netflix dropped a trailer for UNTOLD, a five-episode documentary series that’s slated to debut next month.

Based on the reactions I’ve come across online, it seems like most people are most intrigued by the debut episode, which will take a closer look at the infamous “Malice in the Palace.” However, there’s not a single installment I’m more excited for than the episode chronicling the wild story of the Danbury Trashers, a minor league hockey team at the center of one of the most fascinating sagas I’ve ever encountered.

The tale of the Danbury Trashers is like a subplot from The Sopranos that would’ve been laughed out of the writer’s room due to its sheer absurdity. In 2004, “waste management” magnate James Galante dropped $500,000 to secure the rights to the franchise and promptly gave control of the team to his 17-year-old son A.J. (I swear that is actually his name).

The Trashers quickly garnered a reputation as the Bad Boys of the United Hockey League thanks to a roster filled with fight-happy enforcers and an owner who was accused of punching a linesman after storming down to the rink to voice his displeasure with the officiating. Unfortunately, things came crashing down after just two seasons when Galante was sentenced to serve more than seven years in prison thanks to the pesky RICO charges stemming from his involvement with the Genovese mob family.

This particular episode is slated to hit Netflix on August 31st, and it cannot come soon enough.