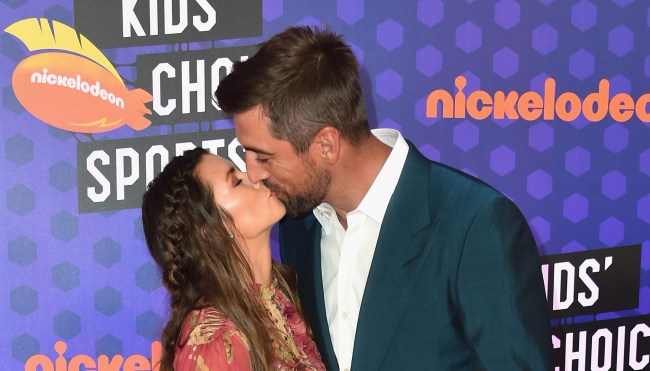 As usual, the internet doesn’t miss a thing, as digital sleuths have discovered the fact that Danica Patrick has now unfollowed her boyfriend of over two years, Packers quarterback Aaron Rodgers, on social media.

Not only has she unfollowed the Green Bay star on Instagram (a sure sign of trouble in 2020), Patrick currently only has one other photo of Rodgers on her timeline this entire year with the only previous pic of him showing up in her feed way back on January 19th.

The most recent photo Patrick posted of the couple on Instagram is from over three months ago, April 11, 2020, talking about their trip to Machu Picchu.

She’s since posted 62 more photos – zero of which have Rodgers in them.

Internet detectives also claim that Patrick went back and un-liked all of the photos she had previously given a thumbs up to on his Instagram page. Dun dun dun…

The last time Rodgers posted anything related to he and Patrick being a couple was almost four months ago, back on March 31, 2020, when he shared a link to an interview he did for her Pretty Intense podcast.

So did they break up? It was just last August when Patrick told E! News she would be down for someday marrying the NFL star.

“I mean, I would hope that’s the intention. Look, there’s no guarantees in life, but as long as you have that intention, that’s what matters, right?” she said at the time.

If they did break up, this is going to make their buying a $28 million oceanside mansion together, in ALL CASH, back in December more than a little awkward.