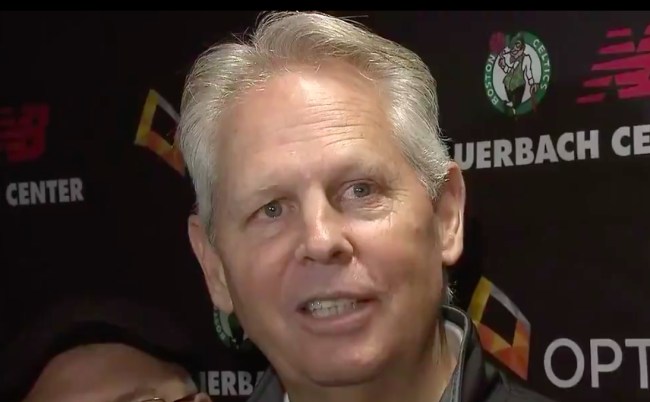 LeBron James dominated the news cycle last year as people speculated nonstop about where he’d ultimately end up in free agency but that roller coaster of emotions has nothing on what went down during the NBA season (and what awaits us in the coming weeks).

A number of high-profile players will find themselves officially on the market when the end of the month rolls around, including big names like Kawhi Leonard and Kevin Durant, the latter of whom has already treated us to enough drama to rival an episode of Laguna Beach.

Kevin is such a Heidi.

However, if you’re looking for some really juicy shit, you don’t need to search any further than Boston thanks to Kyrie Irving.

Right around the time the Celtics were eliminated from the playoffs following a year that didn’t exactly go as planned, reports started to circulate that Irving’s teammates couldn’t wait for him to leave amidst rumors he was a pain in the ass to play with.

Since then, all signs have pointed to Irving departing from Boston, as he apparently hates the city and has reportedly had discussions with Durant about teaming up in Brooklyn (although the Nets might not be that receptive to the possibility).

Last week, it was revealed Irving has ghosted the Celtics as he prepares to explore his options, which doesn’t exactly seem like the best news in the world for anyone hoping the team would retain him.

On Monday, Danny Ainge decided to stir the pot a little more during an interview in which he seemed to fire a shot at Irving while discussing the importance of having “good people” on your squad.

Danny Ainge explains why it's important to have players on the team who are good people pic.twitter.com/hfxqZGIIUp

“I think it just makes life more enjoyable when everybody is humble, hardworking, and will play any role they have to help the team succeed.

You do have to have a certain amount of talent to win in our league, as we all know, but good people makes coming to work more fun.”

I didn’t need any more evidence that Irving’s not coming back, but if you did, you probably just got some.