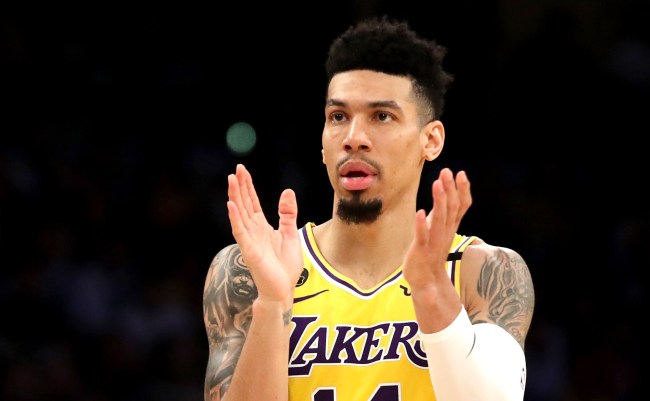 Following the Lakers disappointing loss to the Blazers 100 to 93, Green bore the brunt of the criticism for the defeat after shooting just 4 of 12 including going just 2 for 8 from three-point land and scoring just 10 points.

Even famous folks like Snoop Dogg and Jackson were so mad they couldn’t hide how upset they were with Green’s abysmal performance.

Jackson was especially harsh, calling Green a “bum” and “trash.”

“I don’t care what anybody say,” said Jackson on social media. “Danny Green, you weak as f**k. You out there playing like a bum.

“Get him off the team, man. Trash,” he added, while saying that he thinks the Lakers could be eliminated by Portland.

“Yeah I’d like to report I saw Danny Green without a mask on” pic.twitter.com/yV7eW4Le74

Not that Kentavious Caldwell-Pope did any better, as Snoop also pointed out in his own f-bomb peppered video.

KCP watching Danny Green get all the slander after dropping a literal triple-single pic.twitter.com/zXUaq4Z1GU

Message to Danny green and KCP from Uncle Snoop