J.R. Smith Found Out He Didn’t Pack Enough Underwear For The Bubble The Hard Way And I’ve Never Related To An NBA Player More 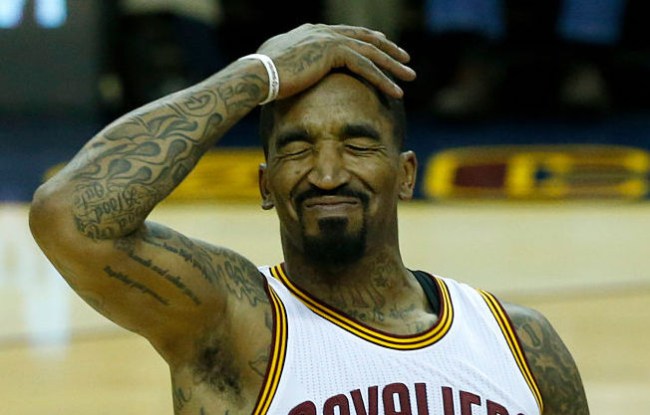 The players inside the NBA bubble in Orlando have provided us with an endless stream of content ever since they began to descend on Walt Disney World Resorts a couple of weeks ago. With all of the excitement (and the bitching and moaning) surrounding their accommodations, it was almost easy to forget the reason they were there in the first place.

It’s a little harder to do that now with exhibition games officially underway, and with the season scheduled tp officially resume in about a week, we’ll have real, actual basketball to entertain ourselves with in addition to the shenanigans that unfold on the campus.

As I mentioned, there were more than a few guys who had a hard time adjusting to the incredibly rough existence that is an all-expenses-paid stay at a resort in Florida. Sure, it might not be ideal, but as Steven Adams noted, there are certainly worse places you could find yourself.

I think one of the biggest adjustments players had to make stemmed from the fact that they were confronted with a rare situation where they can’t just whip out a credit card to solve any problem they encounter, as some of the things that are cramping their style are simply out of their control.

As a result, there was only so much they could do to make their stay as comfortable as possible. However, J.R. Smith recently encountered an unfortunate situation and had no one to blame but himself, as he shared he made the fatal and classic error of looking at his suitcase and thinking, “Yeah, I definitely packed enough socks and underwear” before learning the hard way that wasn’t the case.

Seven pairs of underwear? Seven??? Come on, J.R. That’s a rookie mistake and you’ve been in the NBA for 17 seasons. You always have to pack way more underwear than you think you’ll need. It’s the golden rule of packing.

Luckily for him, as he mentioned in the video, the laundry system in the bubble looks like a Tesla factory for clean socks and seems to be pretty efficient.

A look at the OKC Thunder laundry operation in Orlando.

The NBA converted batting cages into a laundry facility for team equipment in the bubble. pic.twitter.com/AIKuZZKIVH

Seriously though, if I’m working at an underwear company right now, my number one priority is sending J.R. a care package full of boxers and briefs. He just put out a marketing opportunity on a silver platter.