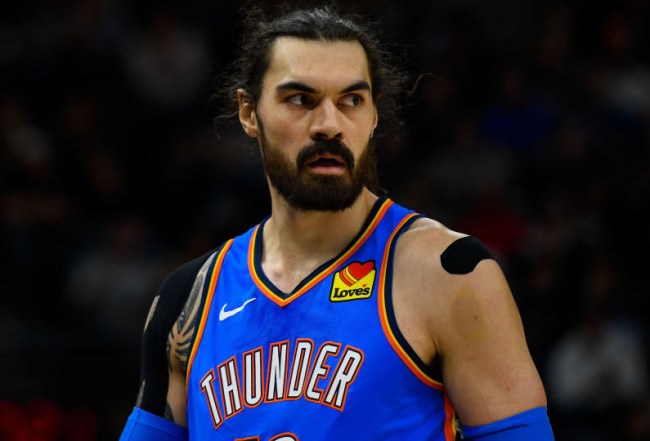 Shortly after guys started to enter the airlock I assume you have to go through to get into the NBA bubble in Orlando, the complaints started to roll in as players took to social media to share the truly horrendous living conditions they found waiting for them. For example, there is a zero percent chance Rajon Rondo has stayed at a Motel 6 in the past 16 years but that didn’t stop him from comparing his $400-a-night hotel room to one that typically costs around $340 less.

Rondo is not the only player to complain, as Meyers Leonard seemed shocked to discover the WiFi was “trash” (which you’d think someone who’s spent eight seasons dealing with the almost universally awful nature of hotel internet would be prepared for) and Troy Daniels sent out what most people interpreted as an S.O.S. when he posted a picture of his dinner on Instagram.

Troy Daniels' dinner from night one inside the Orlando bubble.

The food looks…kind of fine? I mean, I guess professional athletes are allowed to be a bit picky when it comes to nutrition, but at the end of the day, you’re getting an all-expenses-paid stay at Walt Disney World Resort courtesy of an employer that’s bending over backward to make an objectively cushy experience as painless as possible in the middle of a pandemic that’s put millions of Americans out of work.

Steven Adams, on the other hand, is only complaining about the people complaining about things they don’t really have much business complaining about. While speaking with a reporter on Monday, he channeled his inner mom while addressing questions about adjusting to life inside the bubble, saying it’s pretty damn good compared to being in Syria.

Birthday boy Steven Adams, on life inside the Orlando bubble: "Let's be clear, mate. This is not Syria, mate. It's not that hard…We're living in a bloody resort." pic.twitter.com/THgZZOOIaO

Adams admitted he gets “bored now and then,” but other than that, he says it’s “all good,” which is the kind of attitude you’d expect the famously chill New Zealander to have. He’s not the only person who seems pretty content, as Ja Morant also shut down NBA complainers by noting the food is a major upgrade from the packets of ramen noodles he used to subsist on.

While we’re putting things in perspective, I think we can all agree these grievances don’t come close to “Celebrities Singing ‘Imagine’ In Their Mansions” levels of insufferabe even if they aren’t exactly the best look. Let’s just all be grateful for that.