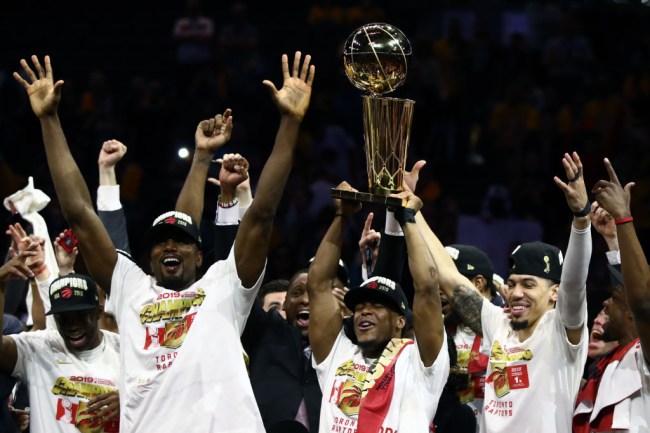 It’s been three years since an NBA team was invited to the White House to celebrate a championship, and while Barack Obama was more than happy to ask the winners of the NBA Finals to make the trip to Washington, D.C., the same can’t be said for Donald Trump.

If you haven’t noticed by now, Trump is a slightly controversial figure and there are plenty of athletes who don’t really see eye-to-eye with him—including members of the Warriors, who were “uninvited” from a White House visit they were never actually invited to thanks to comments from Steph Curry.

The tweet expectedly sparked a number of reactions—none of which were more noteworthy than that of LeBron James, who called Trump a “bum” in a legendary tweet.

The Warriors did end up going to the nation’s capital last year after winning yet another championship but opted to spend there time there with a bunch of kids who got the surprise of their lives thanks to Golden State.

Last week it was reported the Raptors had no plans to visit the White House following their NBA Finals victory but it seemed to have more to do with their geographical location than politics.

However, Danny Green recently addressed the issue while speaking with Yahoo Sports and made it very clear how he felt about the issue, saying it’d be a “hard no” for him if Trump decided to buck his own tradition and invite the Raptors.

Raptors to the White House?

Something tells me it’s not going to happen, but with that said, crazier things have happened (like Trump getting elected in the first place).