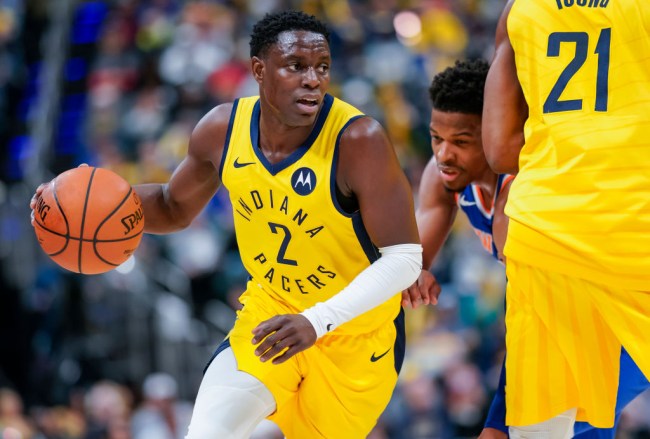 Darren Collison shocked the NBA world by announcing his retirement from the NBA last June and while there have been a number of rumors suggesting he may make a return to the league to play for the Clippers or Lakers, he’s reportedly sticking with retirement.

Veteran guard Darren Collison has decided that he won’t return to the NBA this season and plans to stay retired, league sources tell ESPN. Lakers and Clippers had been courting him, but Collison has informed teams that the timing isn’t right for him.

Only a few days ago, Matt Barnes said that he had even texted Collison about whether or not he was going to return to the league and Collison replied back saying ’50/50.’

At the time of his retirement, Collison was expected to land a contract offering between $10-12 million per season. With that in mind, plus the fact he was just 31-years-old at the time, it was extremely surprising news.

Collison told The Undefeated that he decided to retire to fully dedicate himself to Jehovah’s Witness faith.

Basketball has been my life since I was a child. I could never imagine finding anything that brings me more joy than I get from playing the game. While I still love basketball, I know there is something more important, which is my family and my faith. I am one of the Jehovah’s Witnesses and my faith means everything to me. I receive so much joy from volunteering to help others and participate in a worldwide ministry. The joy I feel is unmatched.

With that being said, I have decided to retire from the NBA.

During his final season with the Pacers, Collison averaged 11.2 points and six assists per game. He would be a welcome addition to most teams in the league as a legitimate No. 2 point guard, but it’s clear he doesn’t have his mindset on a return, at least not at the time being.