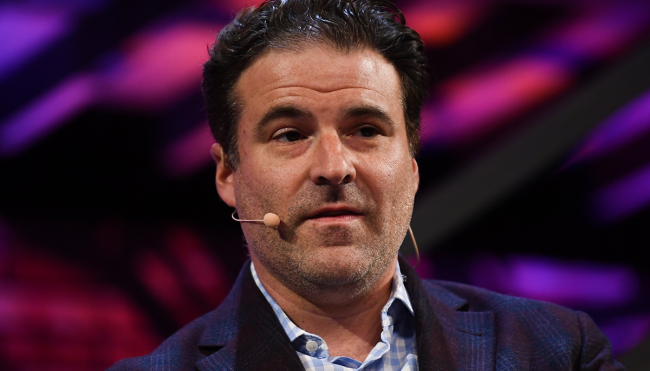 Over the years, Darren Rovell has managed to establish himself as one of the most insufferable people on the internet thanks to his sheer inability to take three seconds to stop and ask himself “Is this really a thing I should tweet?” before hitting “Send.”

As a result, dunking on Darren Rovell on Twitter is sort of like showing up to an elementary school and posterizing a bunch of second-graders on an eight-foot hoop. It might be incredibly easy, but at the same time, it’s hard not to derive a little bit of pleasure out of it (which is why part of me thinks the real reason Rovell routinely sends awful tweets is so he can try to scratch his masochist itch.)

I’ve long maintained that Peter King’s tweet about blindsiding a restaurant worker with the news of Robin William’s death is the Best Worst Tweet of All Time, but Rovell gave him a run for his money in 2016 with the infamous “Tremendous Content” tweet that he apparently decided to delete at some point after I found myself engaged in a Twitter War with him over him last year.

Rovell also prides himself on marking the anniversary of notable moments in sports history, and to his credit, he’s actually done a pretty good job coming up with creative ways to commemorate them. However, that cannot be said for the way he opted to mark the 90th anniversary of the day Notre Dame legend Knute Rockne was killed in a plane crash in Kansas.

When Rockne’s body was discovered, he was reportedly clutching rosary beads that were recovered from the crash. They eventually came into the possession of a man named Michael Lopez, who decided to put them up for auction in 2016. It appears the rosary is on the auction block yet again—which I only know because of Rovell’s decision to send out one of the most tasteless tweets I’ve ever encountered on Tuesday before swiftly deleting it. 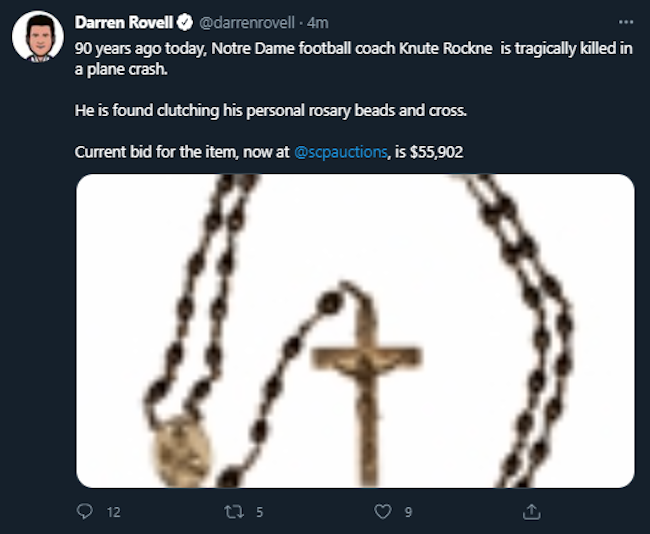 It’s hard to imagine Rovell will be able to outdo himself after that one, but if history is any indication, he’ll manage to find a way.