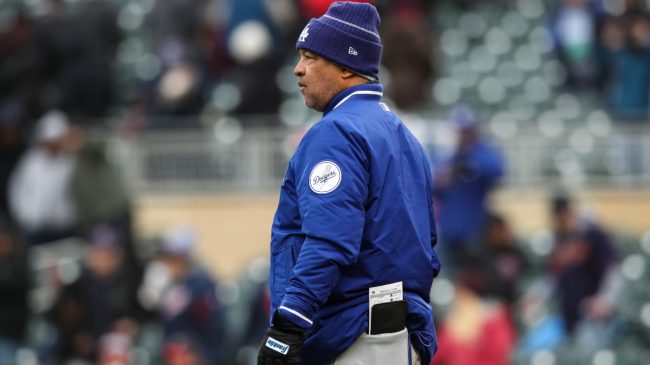 Clayton Kershaw was removed from Wednesday’s game against the Twins while trying to make history.

The Los Angeles pitcher had thrown seven perfect innings of baseball, sitting just two frames away from joining one of baseball’s most exclusive clubs. That’s when head coach Dave Roberts made the head-scratching call to yank Kershaw from the game.

The left-handed veteran finished with an immaculate line of 7 IP, 13 strikeouts, 0 walks, 0 hits, and 0 runs. He’d thrown just 80 pitches, though Roberts claims to have made the move due to that pitch count.

It could’ve been a legitimate concern with the shortened Spring Training session, but you would’ve liked to have seen Kershaw get a chance to finish it out. Especially with the Dodgers up by six runs heading into the eighth inning.

As it stands, he was replaced by Alex Vesia, who promptly gave up a walk and a hit to end both the perfect game and no-hitter.

While it may have seemed stunning to see Roberts remove his star pitcher in the midst of a flawless performance, it’s not the first time that the manager has been in this situation.

Since 1901, two pitchers have been pulled from a game after throwing 7+ perfect innings:

Both starts were for the Dodgers and the manager was Dave Roberts.

Roberts is the only manager who’s ever pulled a pitcher out of a perfect game after the seventh inning or later. And he’s done it twice.

Back in 2016, Roberts removed Rich Hill from the mound despite not allowing a baserunner through seven seamless frames. He’d thrown 89 pitches.

At the time, he said he was “sick to his stomach” for having to pull Hill from the game. Still, he backed his decision by saying the risk outweighed the reward.

Dodgers manager Dave Roberts says he was 'sick to his stomach' removing Rich Hill while he had a perfect game going. pic.twitter.com/HEz6I4ZF0v

That may have been the case again today, but it won’t make baseball fans any less angry about not getting a chance to see history.