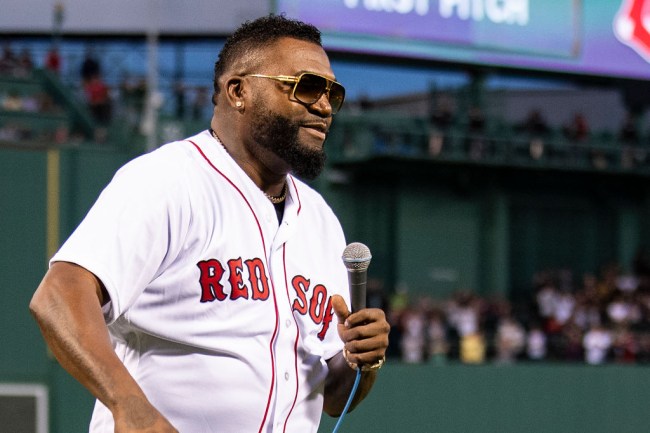 In 2015, David Ortiz remarked he had fears for his safety whenever he visits his native Dominican Republic, and a few months ago, his worst fears became a reality when he was shot in what initially appeared to be an armed robbery gone wrong in Santo Domingo.

Rumors immediately began the swirl following the incident and there was speculation that a drug lord had taken out a hit on the legendary Red Sox slugger over an alleged affair he had with a woman, and while police have made a number of arrests in connection to the crime, at this point, it still seems like no one really has any clue what the hell actually happened.

What we do know, however, is that Ortiz made a full recovery after being rushed to a Boston hospital for surgery, and last month, he issued a statement thanking people for the outpouring of support and posted a picture of his triumphant return home.

On Monday, we were treated to a great new development when Ortiz made a surprise appearance at Fenway Park to throw out the first pitch and address the crowd in a moment that almost rivaled his speech following the Boston Marathon bombings.

WATCH: David Ortiz returns to Fenway, making his first public appearance since being shot in the Dominican Republic.

He throws the first pitch and addresses the crowd. Courtesy: NESN pic.twitter.com/q8Ayaegsrq

“I want to thank God for giving me a second opportunity in my life to be here with all of you.

I want to thank the Red Sox, my real family — they’ve always been there for me, supporting me. They were aware of what happened with me and they were the first ones there supporting me.

It’s good to have Big Papi back.