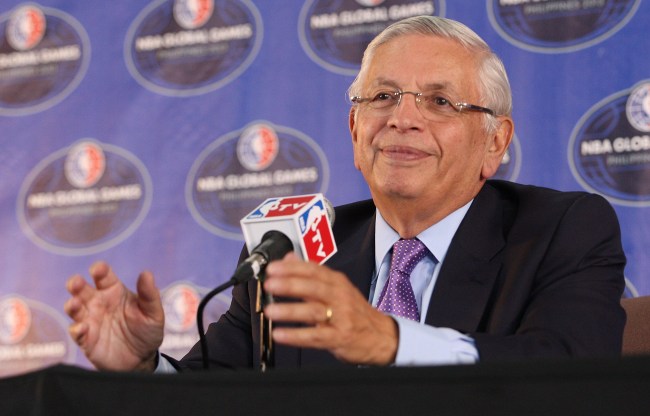 Former National Basketball Association Commissioner David Stern has passed away at the age of 77-years-old.

Stern, who served as NBA Commissioner from February 1984 to January 2014, was previously in serious condition after surgery for a brain hemorrhage on December 12.

Born in New York City on September 22, 1942, Stern attended Rutgers University in New Jersey, where he would later serve on the university’s Board of Overseers.

In addition to overseeing the massive growth of the NBA during his tenure, Stern also founded the WNBA in the year 1996.

“For 22 years, I had a courtside seat to watch David in action. He was a mentor and one of my dearest friends. We spent countless hours in the office, at arenas and on planes wherever the game would take us. Like every NBA legend, David had extraordinary talents, but with him it was always about the fundamentals — preparation, attention to detail, and hard work,” current league commissioner Adam Silver said in a statement.

“David took over the NBA in 1984 with the league at a crossroads. But over the course of 30 years as Commissioner, he ushered in the modern global NBA. Every member of the NBA family is the beneficiary of David’s vision, generosity and inspiration.”

Our thoughts and prayers are with Stern’s family, friends, and loved ones during this difficult time.