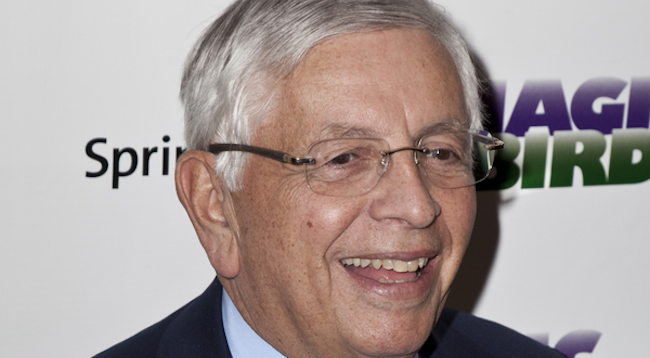 A remarkedly candid Stern sat down with former NBA journeyman Al Harrington for a weed-centric talk. Harrington recounted his use of marijuana for pain relief after a botched surgery in 2012 and revealed that he estimates 70 percent of players in the league smoke.

Stern said the NBA first started cracking down on marijuana after the realized more and more players were smoking weed— with some of them even stepping onto the court while stoned. He notes this was during an era when weed was considered a gateway drug and says that his stance has changed dramatically after doing more research into the medicinal benefits of the plant:

“I’m now at the point where, personally, I think it probably should be removed from the ban list. I think there is universal agreement that marijuana for medical purposes should be completely legal.”

Harrington also asked about whether or not players who live in states where weed is legal should be allowed to indulge, and Stern quickly pointed out it would probably violate the terms of the Collective Bargaining Agreement. However, he pushed for a reform of the CBA, saying:

“If marijuana is now in the process of being legalized, I think you should be allowed to do what’s legal in your state.”

He ultimately stated he thinks marijuana should be removed from the list of banned substances to cap off an interview that might actually make you like David Stern.