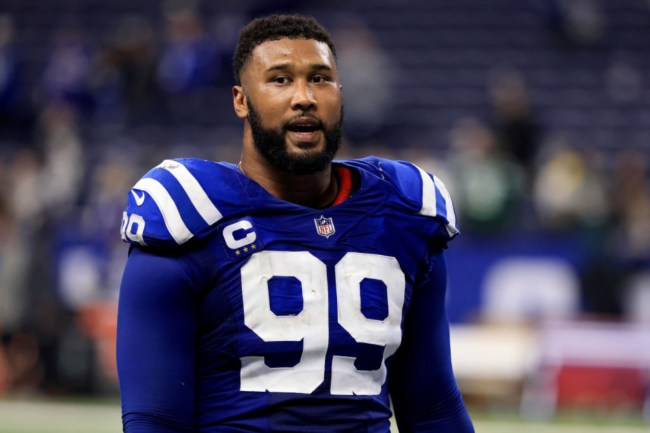 Perhaps no professional athlete in the history of sports has solidified the saying ‘age is just a number’ better than Tom Brady. The 44-year-old continues to play at an unbelievable level that any sports fan should appreciate.

Next up for the man that’s currently beating Father Time is a matchup with the Indianapolis Colts, a team Brady knows all too well given his long tenure with the Patriots.

Ahead of the Colts and Bucs matchup, Indianapolis defensive lineman DeForest Buckner was asked the stereotypical question about Brady playing well into his 40’s. While we’ve heard that question asked time and time again, Buckner gave a funny and unique answer.

“If I’m playing football at 44, it means I’m broke,” Buckner said, according to The Athletic’s Stephen Holder.

Buckner can’t be the only player in the league that shares that same mindset. Playing any sport professionally, let alone football at the age of 44 is ridiculous when you think about it.

Nevertheless, plenty of NFL fans loved what Buckner had to say about Brady playing at that age:

I am now dead.

Quote of the week. https://t.co/Gh5lTuhbzK