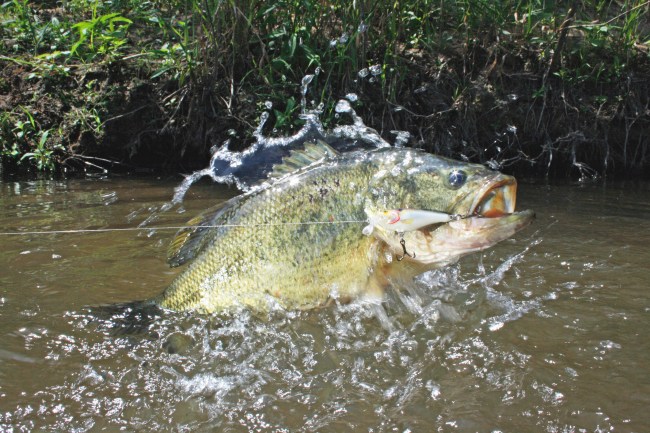 Deion Sanders and Randy Moss are two of the greatest NFL players in history. This is a straight up fact. Coincidentally, both of these GOAT’s attended my alma mater Florida State University (Moss transferred) where ‘Neon’ Deion Sanders was one of the most electric college players in history and dropped the ‘Seminole Rap’ which is still one of the most absurd videos a college has ever release and I’ve got that clip below for you bros.

Well, these two gentlemen kicked off the Summer Fishing SZN by hitting the lake to catch some largemouth bass. Deion shared some video from their fishing trip which almost immediately went viral. It was trending on Twitter last night and even got its own Twitter Moments™ with fans clamoring for this to be made into a complete fishing show.

I live in Florida these days and I can tell you that there’s NO SHORTAGE of fishing shows on TV. We have multiple TV channels dedicated to fishing and a bunch of the regular sports channels air fishing programs for large blocks of the mornings and afternoons. The competition is stiff for successful fishing TV shows but I think these gentlemen have what it takes to make it, they just might.

This all started when Paul George tweeted out Deion’s video:

Cmon with it OG RT @SInow: Deion Sanders and Randy Moss going fishing is a MOOD 😂

He started tweeting out more pictures from the trip including this monster Crappie caught in Canton, Texas:

Then other pro athletes started getting in there with challenges:

Those 2 dudes, don’t want no part of the @bassmaster TV crew 😂

“Ene-thang but fuhball.” Lol, Lil Nas X only wishes he was as country as these two. https://t.co/Ji7OAOWcBr

For real though, people would watch the shit out of this even if it was 1 episode on ESPN or a pre-game NFL show on the NFL Network.

If we can turn Moss & Deion bass fishing into a show, take my money. https://t.co/F4aSrvHU1q

Make this show into something like Gruden interviewing quarterbacks on his bus for ESPN but Randy Moss and Deion Sanders grilling players on the boat while fishing for bass and that would make for some of the most watchable NFL pre-game content ever produced. Give it to me.

Here’s that Seminole Rap with Deion Sanders from back in the day: