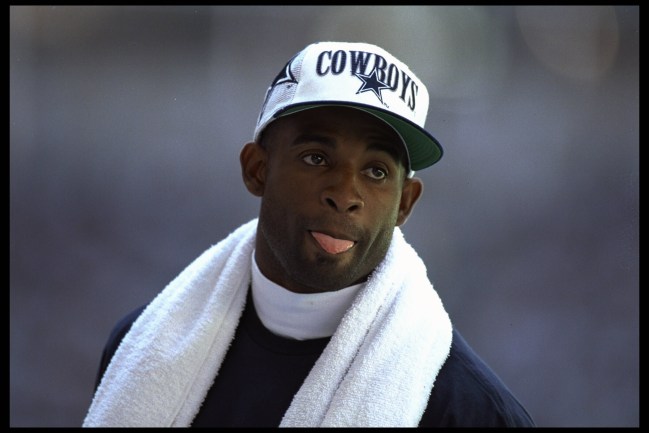 Deion Sanders is one of the most badass athletes in modern times. The man affectionately known as Prime Time is the only person to walk the earth who has appeared in a World Series and a Super Bowl, is an NFL Hall of Famer, made multiple millions of dollars, became a father, and made famous the bandana and the high-stepping celebration.

He also tried to commit suicide.

In 1997, as his marriage to his first wife Carolyn Chambers was ending, Sanders drove his car off the side of a highway, falling 40 feet off a cliff. He miraculously sustained no serious injuries, and more importantly, decided life was worth living.

In a new episode of “Journeys of Faith with Paula Faris” podcast, Sanders recalls those dark days when he “had what the world calls success” but admitted there was “nothing there.”

When asked what rock bottom meant for him, the two-time Super Bowl champion claimed that the character the world fell in love with was nothing more than a dangerous facade.

“I was crying out to people. But they couldn’t hear you because they saw Prime. They saw my character. The character I created, not the character of a man. They saw the character I created — that was Prime. They never once saw Deion. Never at all. They never wanted to see it. Because the character was so profound. As an actor, you start to think that Jim Carrey is The Mask or whatever it was. You start thinking Schwarzenegger is the Terminator. You start thinking Eddie Murphy really is Raw. No, he’s acting, man. And I was a victim to my … I’m not going to say my accredited acting. I was a victim to that.”

He began reading his Bible and seeking guidance from mentors to find meaning in his life.

There's no way u can become depressed or bored when ur doing God's work blessing people. U only get that way when its only about u. Truth

Sanders is currently on the cusp of marrying his girlfriend, Tracey Edmonds. Congrats to the happy couple. 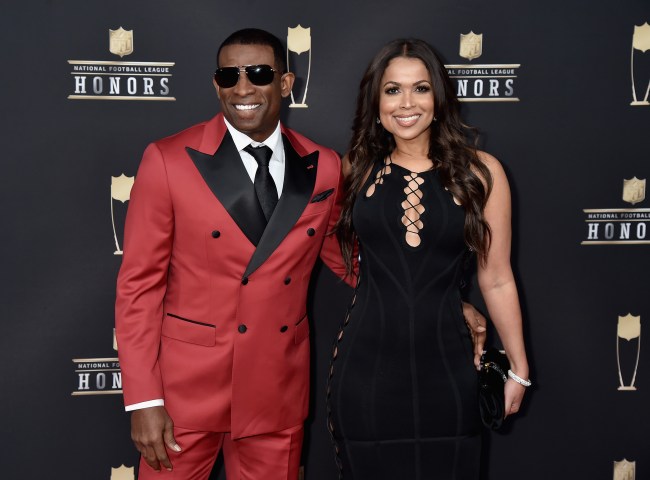