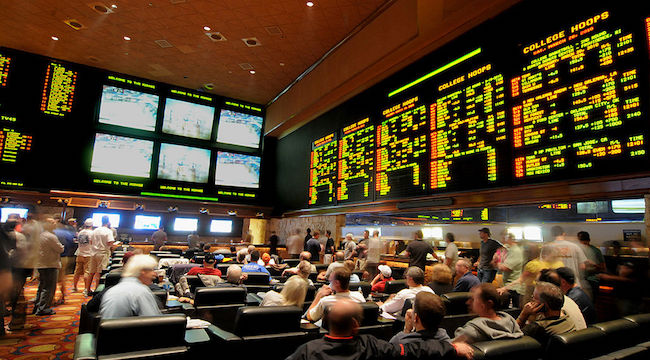 Last month, the Supreme Court helped out everyone who relies on trips to Las Vegas and a guy who claims his name is “Tex” to bet on athletic events not involving horses by ruling gambling on sports is a God-given American right, providing the famously destitute Mark Cuban the break he so sorely needed. The decision has set the stage for a sports wagering revolution that looks like it’s coming quicker than you might have anticipated.

Data showed that states were leaving a ridiculous amount of money on the table by not collecting revenue from sports betting within their borders, and based on a report by ESPN‘s David Purdum, Delaware is making up for lost time by becoming the first state not named “Nevada” to let sportsbooks open the floor to betting of all kinds in their casinos.

Here’s what you can expect if you want to become the first person in history to book a last-minute plane ticket to the state of Delaware:

Delaware had previously allowed parlay bets on NFL games, but gamblers will now be able to wager on a wide variety of events without any of the restrictions that previously applied. However, there is one catch: you’re not allowed to gamble on events that take place in the state, which means anyone who was looking to make bank betting on the Blue Hens is sorely out of luck.