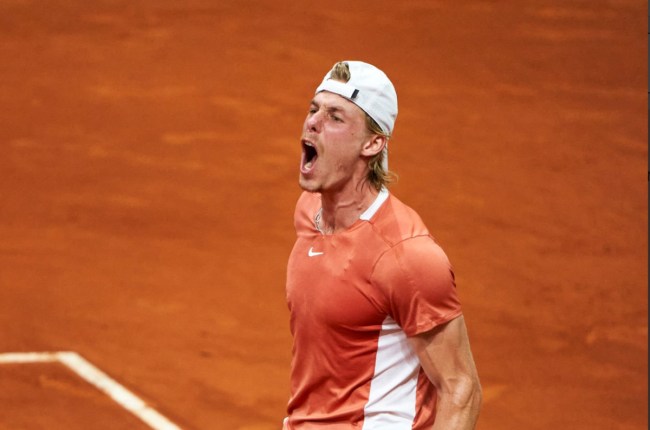 It did not take long for Denis Shapovalov to make his presence known at the Internazionali BNL d’Italia in Rome. During his first-round match against Italy’s Lorenzo Sonego on Monday, the Canadian got into it with both the umpire and the fans.

After winning the first set in the match and down four games to three in the second set, Shapovalov disagreed with the umpire who came onto the court to look at a presumed ball mark on the clay court. Shapovalov was adamant, pointing to the spot, but then decided to cross over the net.

He was handed a point penalty for crossing the net, which is a rule, but one he clearly doesn’t agree with.

The fans cheered after the point penalty was announced, which sent Shapovalov over the edge.

He turned to the crowd and yelled “shut the f–k up” at the top of his lungs.

Shapovalov, the 16th-ranked singles player in the world, isn’t too lucky when it comes to dealing with umpires.

During the Davis Cup in 2017, Shapovalov lost his temper and hit a ball into the crowd, a move most tennis players make after winning matches. Shapovalov’s ball didn’t make it into the crowd, however, instead it hit the umpire squarely in the face. The shot to the umpire resulted in a default for Shapovalov and Team Canada in the match against Great Britain.