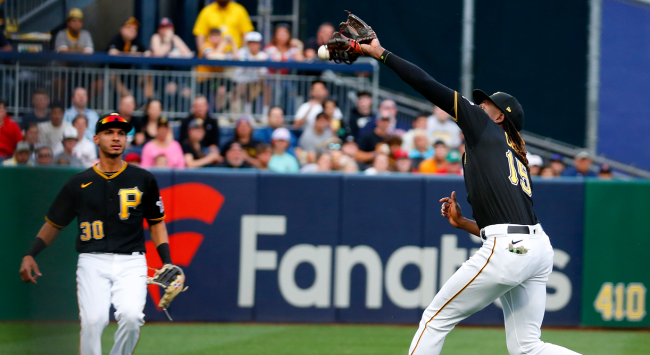 The Pittsburgh Pirates are, once again, one of the worst teams in Major League Baseball. The team is well on its way to its third straight season of having a winning percentage of under .400. It will also be the 10th time in the past 24 seasons that the Pirates will have finished last in their division.

Hall of Famer Dennis Eckersley, who does color for Boston Red Sox broadcasts, has seen what a disaster the Pirates organization is and he can’t take it anymore.

Tuesday night, during Boston’s first game of a three game series against the Pirates in Pittsburgh, Eckersley went off.

“You talk about a no-name lineup. There’s no team like this,” said Eckersley. “I’d love to see some of the service time when you add it all up. It’s not much. We just came from Kansas City, seeing all of those young kids. This is different, though. Doesn’t it seem different? … This is a hodgepodge of nothingness.”

Eckersley’s broadcast partner Dave O’Brien then brought up the Pirates always having one of the lowest payrolls in baseball.

“It’s ridiculous. It really is. Pathetic,” Eckersley, who obviously DGAF anymore since he is retiring at season’s end, replied.

"You talk about a no-name lineup. There's no team like this."

"This is a hodgepodge of nothingness."

"It's ridiculous. It really is. Pathetic." pic.twitter.com/qwPBnmkDTD

Counting this season, the Pirates will have finished under .500 a whopping 26 TIMES in the past 30 years.

The organization really is an embarrassment.

Twice, in 2018 and then again in 2020, the MLB Players Association filed a grievance against the Pirates (as well as the Rays, Marlins and Athletics) claiming they were not complying with the rules of how they are supposed to be spending their revenue sharing money.

So many baseball fans, especially those who root for the Pirates, were thrilled with Eckersley’s rant.

As a Pirates fan, I'd like to continue this topic by discussing great players we let walk or traded for table scraps: Gerrit Cole, Charlie Morton, Joe Musgrove, Mark Melancon, Andrew McCutchen, Austin Meadows, and Adam Frazier, to name a few

Some smaller market teams are incentivized to put this kind of lineup on field so owner can walk away with a cool $30-60m annually. As someone who once loved baseball from the area, I simply choose to pretend it doesn’t exist now, and I’m certainly not alone.

That’s great announcing, the owner is destroying a storied franchise to fatten his wallet. I wish they talked like that every game

This is a valid criticism. The league should step in and start holding Pittsburgh financially accountable until the team shows it’s interested in competing or fielding a team of major league talent. The Pirates would lose to multiple AAA teams.

It is absolutely pathetic.

When I read the quotes, I thought well that’s a little unprofessional. After hearing how he said it, he actually cares for a good brand of baseball and seemed genuinely mad.

For the record, not wrong.