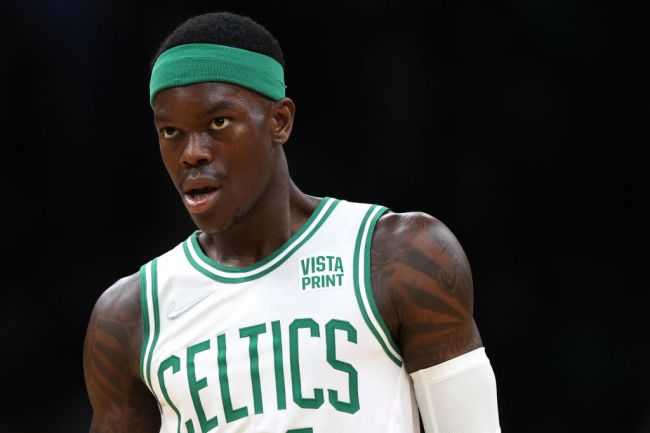 When the Boston Celtics took the floor against the New York Knicks at Madison Square Garden on Wednesday night, Dennis Schröder did something that hadn’t been done since 1965. The 28-year-old wore No. 71 on his jersey.

Schröder, who was a free agent this past summer, signed with the Celtics back in August. It is believed that his contract demands were upwards of $120 million and deemed unreasonable by many NBA franchises

As a result, Schröder reportedly turned down an $84 million deal to return to Los Angeles and ended up signing with Boston for $78 million less. Oof.

Upon agreeing to terms with the Celtics, Schröder was forced to choose a new jersey number. His former No. 17 was retired by the organization for John Havlicek.

Schröder decided to get the fans involved with his selection and subsequently organized a fan vote.

However, that also backfired.

The fans voted No. 96 as the most popular choice to troll Schröder, who grew up in Germany. He would not willingly don No. 96 because he spent his entire life rooting against Bundesliga soccer team Hannover 96.

As a result, he decided to pick his own number and went with 71— his original number in reverse, if you will. His selection made him the first player in Celtics history to wear the number.

No. 71 is a terrible number for an offensive lineman, let alone a point guard in the NBA. It’s so terrible, in fact, that nobody has worn the number in 57 years.

When Schröder took the court on Wednesday night, he was the first player to wear No. 71 in a regular season game since McCoy McLemore’s rookie season with the San Francisco Warriors in 1965. He was also just the fourth player in history to wear the number at all.

Willi Naulls also wore No. 71 in 1963 and Bob Wisenhahn wore the number for the Cincinnati Royals in 1962. And then there’s Schröder.

In the Celtics’ season-opening loss to the Knicks, Schröder scored 12 points with eight assists and three rebounds in 32 minutes.

Regardless of his play, he made history with his number. Whether that is a good thing or not is up to you.