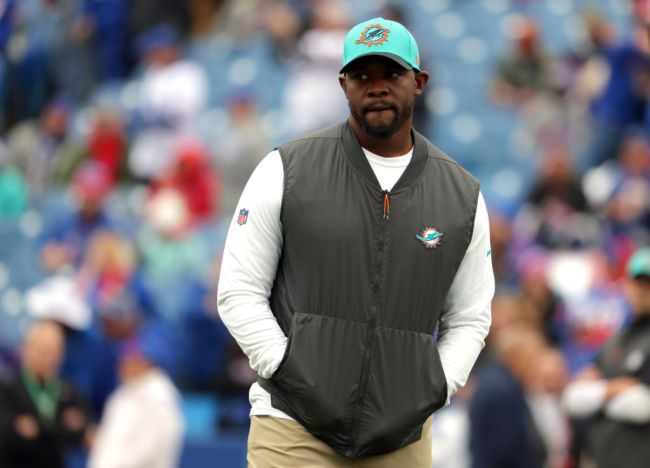 With the NFL’s trade deadline quickly approaching, the biggest name of interest continues to be Houston quarterback Deshaun Watson. Will he be traded before 4:00pm ET on Tuesday?

According to a new report from NFL insider Ian Rapoport, only one team is in the mix. After rumors circled about Carolina, Denver and Philadelphia kicking the tires about Watson, Rapoport says that only Miami remains standing.

Per the report, the Dolphins and Texans “have been in contact recently” and “both sides are open to a deal.” While this isn’t ground-breaking news, it could potentially contradict a statement from Miami’s head coach Brian Flores earlier this week.

A potential Watson deal remains incredibly complicated. While there is a sense urgency from both sides to get it done, there is one glaring challenge and/or question.

Watson, as of right now, is eligible to play in 2021. NFL Commissioner Roger Goodell said as recently as last week that the league does not have the necessary information to place him on the Commissioner Exempt List, and that should be the case for the foreseeable future.

However, Watson is currently facing 22 pending civil lawsuits alleging sexual assault and misconduct. He has not been charged with a crime and maintains his innocence, but his legal situation remains unresolved.

Thus, the parameters around a deal for one of the leagues best quarterbacks are complex. As of now, his price tag is expected to include three first-round picks.

Additionally, Watson has a no-trade clause in his contract and has only waived it for the Dolphins, which is his preferred location.

Earlier this week, Flores made a definitive statement about the current quarterback situation in Miami. He said that, barring injury, Tua Tagovailoa will be the team’s starting quarterback for the rest of 2021.

Based on that statement, it is very difficult to imagine the Dolphins trading for Watson. And that could still be the case.

But with that being said, Rapoport is saying that a trade is not off of the table.

If the organization does acquire Watson before Tuesday, it would be hard to imagine that it would do so only for him to sit on the bench— especially considering that the 26-year-old is eligible now, but could find himself on the Commissioner’s List depending on how things play out on the legal front.

Will Miami trade for Watson? Will Watson start if it does? Or would Flores stay true to his word?