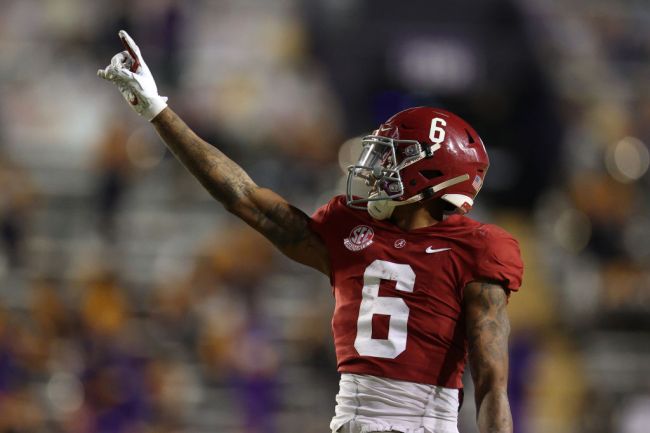 DeVonta Smith is the best player in college football. As the recipient of the 2020 Heisman Trophy, the true senior becomes the first wide receiver to receive the award since Michigan’s Desmond Howard in 1991 and fourth player listed at the position to win. He is also the first non-quarterback to earn the honor since fellow Crimson Tide alumnus Derrick Henry in 2015 and the third-ever Alabama player, joining Henry and Mark Ingram.

In a season that was met with a lot of uncertainty, Smith put up numbers worthy of etching his name alongside the greatest to ever do it. He recorded 1,327 yards on 83 catches in a 10-game regular season and capped it off with 15 touchdowns. To make it even more impressive, due to COVID-19, the Southeastern Conference played a conference-only schedule, resulting in a grueling gauntlet of opponents week-in and week-out. If that wasn’t enough, the Louisiana-native added 15 (!!) catches for 184 yards and two touchdowns against Florida in the SEC Championship and helped lead Alabama to a victory over Notre Dame in the College Football Playoff semifinal with 130 yards and three touchdowns on seven catches.

The Crimson Tide’s leading receiver becomes the first wide receiver to win the award since 1991. 🏆🐘👏 pic.twitter.com/UZ73vMo9ys

Smith received 447 first-place votes, nearly twice as many as the next-best finisher. Clemson quarterback Trevor Lawrence finished second and received 222 votes, while Florida quarterback Kyle Trask finished in third place with 61. No. 6 was joined by his fellow Alabama teammates quarterback Mac Jones and running back Najee Harris, who received 138 and 16 votes, respectively. To put his victory in perspective, Desmond Howard received the award in 1991 after making 62 catches for 985 yards and 19 touchdowns. The Michigan receiver also was an electric kick returner.

In his victory speech, 6-foot-1, 174-pound Smith addressed all of the kids like him who may not have elite size or strength.

Heisman winner DeVonta Smith had an encouraging message to all of the kids who aren’t the biggest or the strongest.pic.twitter.com/k9gD4DRnbi

The 20202 Heisman Trophy recipient will join his finalist teammates to compete for a College Football Playoff National Championship against the Ohio State Buckeyes on Jan. 11 in Miami.