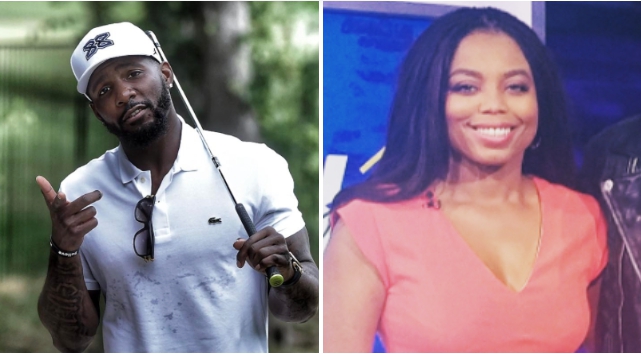 Courage gets you nowhere in professional sports. If you have an opinion on a particular hot button political issue, it’s in your best interest to keep it under lock and key. Colin Kaepernick, who just five years ago led his team to its first Super Bowl appearance in almost two decades, is currently dealing with the consequences of speaking out. He’ll have to watch much less qualified quarterbacks suit up on Sundays from his couch.

Tom Brady “supported” Trump before he was a realistic candidate for President, and the media incessantly painted the picture that the two were fucking each other. The mainstream media is just waiting for its next controversial topic to beat into the ground until the NFL season starts, and they don’t care about the distracting circus it will bring to the player.

Insert Jemele Hill. The Score reported that Dez Bryant had playfully boycotted Blaze Pizza after its server admitted to hating the Cowboys. Hill then called Bryant out for not standing up to…”nevermind.” “Nevermind” was likely referring to the domestic violence allegations against his teammate Ezekiel Elliot or maybe the Colin Kaepernick situation, but regardless, implying that a player is a coward for not being a moral arbiter to every situation is just unfair. 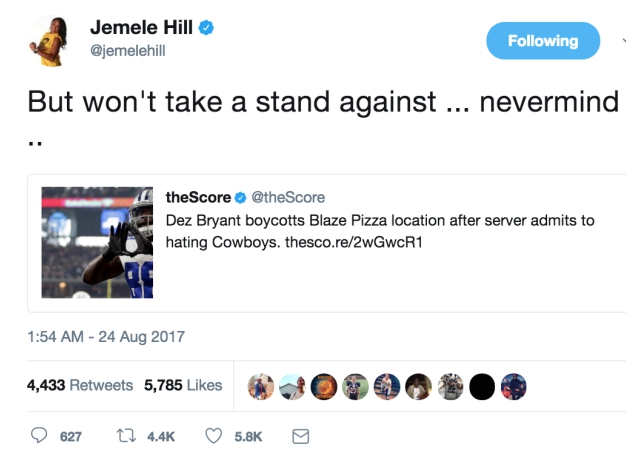 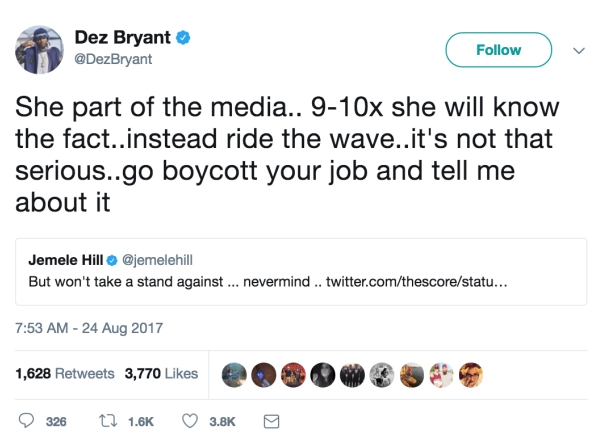 Hill then played the “I was joking” card. Almost as transparent as “my account was hacked” shtick. 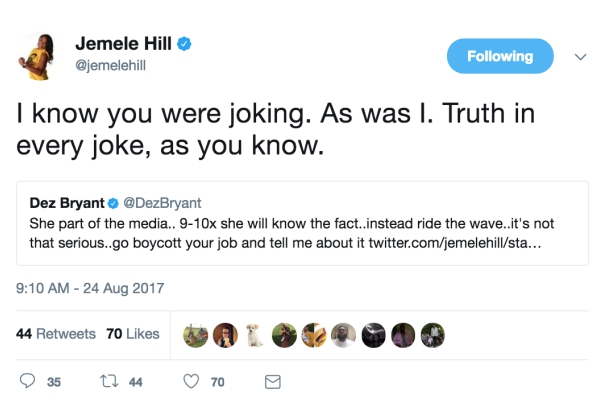 In any event, back to football:

I am legit fantasizing about football season starting and drinking my problems away on my couch. I hope I’m not the only one.