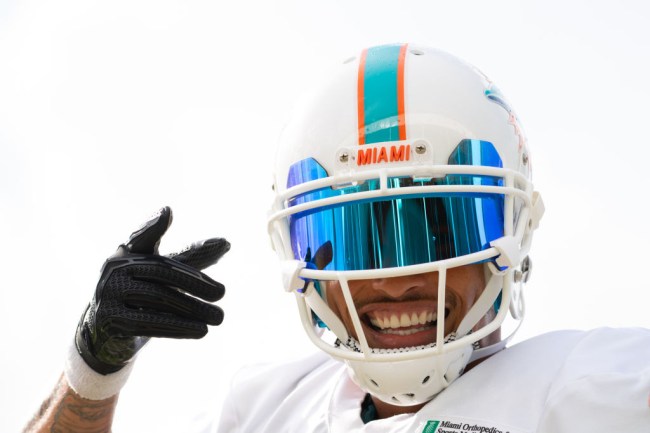 ***Editor’s Note: With the NFL season fast approaching, we decided to bring on a Daily Fantasy Football juggernaut to help you bros with gain a unique perspective and strategy that can help you dominate your leagues. Kevin Dudzinki is ranked in the top 5% of all DFS players, according to Rotogrinders.com, and has made a killing on fantasy since he started in 2013. Learn more about Kev HERE and follow him on Twitter HERE.***

It’s week 4 of the preseason, and your season-long drafts are in full swing. As mentioned in my previous article, you can’t lose your draft in the first 2 rounds, but you can certainly win it. Winning your league is based on finding gems in the later rounds and working the waiver wire during the season.

Let’s dive into a few players who are being drafted later than I think they should be. We will be using Fantasy Pro’s ADP (average draft position) when referencing where players are going.

Kenny Stills is going way under-drafted based on this years opportunity. Jarvis Landry has gone to Cleveland, and takes 161 targets with him, the 4th most in the league. By default, this opens up more targets for Stills.

When you factor in Devante Parker currently not practicing with a broken finger, and being questionable for week 1, Stills becomes the de-facto number one receiver in Miami. Although it isn’t an exciting offense, his rapport with Ryan Tannehill, and the sheer volume he should see due to Landry and potentially Parker being out, gives Stills an extremely high floor early in the season. Being drafted on average in the 10th round is a steal, for a potential number one wide receiver early in the year.

Coming out of Penn State last year, Godwin blew up the combine. According to playerprofiler.com, Godwin showed up with an 89th percentile height/weight adjusted speed score, and an 89th percentile 40 yard dash time. His SPARQx score was in the 95th percentile, providing lots of excitement around the 3rd round pick.

Godwin put together a solid rookie campaign, culminating with a blow up in week 17 with 7 catches for 111 yards and a touchdown. Looking to build on that momentum, Godwin has now passed DeSean Jackson as the #2 WR in Tampa Bay, and will be a major factor in the passing game this year.

Being drafted in the 15th round for an elite athlete provides us with outstanding upside at his current draft position.

Westbrook was an elite WR in college at Oklahoma, and once he got on the field last year averaged 4 catches a game for the Jaguars. Now, with Marquise Lee shredding his knee last weekend, Westbrook looks to step in and see a large uptick in targets this year. While not the most impressive player due to his smaller stature, Westbrook has shown explosive playmaking ability in the past, and will be relied upon much more this year.

Currently being drafted at the end of the 14th round, I expect to see this number skyrocketing this weekend to closer to the tenth round.

Typically going undrafted, Eli Manning is an excellent value for those of you looking to stream quarterbacks this year. If we can all agree that Odell Beckham is a top 5 WR, Evan Engram is a top 5 TE, Sterling Shephard a solid WR 3, and we love Saquon Barkley for his pass catching abilities, the writing is on the wall. The man getting all these top options has to, by default, be putting up good numbers himself.

The Giants defense was atrocious last year, and while it should improve some, it does not look to be among the league’s elite. Which will put Manning in a position where he needs to score to keep the team in the game each week. A tough week one matchup with the Jaguars looms, but he is certainly going to have viable weeks with QB1 tier upside.

Aaron Jones is suspended for 2 games. Ty Montgomery proved that he cannot stay healthy when getting between-the-tackles carries. Jamaal Williams was a top ten RB once he took over the starting role in week 10 last year. Head coach Mike McCarthy was just quoted as saying Jamaal Williams is “poised to have a big year”. All of these factors combine to provide us with excellent value.

Being drafted towards the end of the 6th round, you get a workhorse running back at minimum for the first 2 weeks of the season, and if he does very well, you have to assume McCarthy will continue to ride him even when Jones returns. Williams will help you get off to a quick start in your leagues, and provides league winning upside operating in a high volume offensive attack.

Be on the lookout for my next article that will outline PLAYERS TO AVOID and  follow me on Twitter and ask your fantasy football questions @kevdudz.