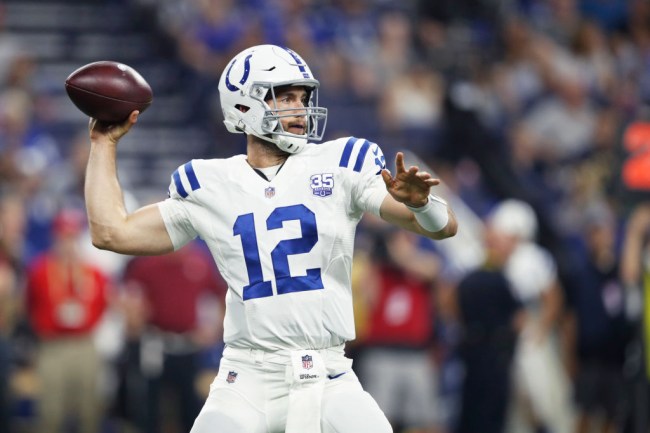 ***Editor’s Note: With the NFL season fast approaching, we decided to bring on a Daily Fantasy Football juggernaut to help you bros with gain a unique perspective and strategy that can help you dominate your leagues. Kevin Dudzinki is ranked in the top 5% of all DFS players, according to Rotogrinders.com, and has made a killing on fantasy since he started in 2013. Learn more about Kev HERE and follow him on Twitter HERE.***

It’s week 3 of the NFL preseason which means one thing: Your fantasy football draft is coming! I’m here to give you some quick tips to make sure you’ve got a fighting chance to talk smack to your buddies at the end of the year. Oh, and put you in a solid position to make some cash too. Follow the advice below and you’ll be sitting shotgun as we embark down the road of the upcoming fantasy football season.

It seems so simple, but all leagues are not created equal. Is your league a PPR (points per reception) league? Well then, Christian McCaffrey just went from being drafted at the end of the second round to being a high upside pick at the beginning of the second round. Does your league award bonuses for long touchdowns? Then Tyreke Hill is going to be able to potentially win some weeks by himself for you. Know your league rules. Different leagues are going to provide different value for certain players.

I get it. It’s very tempting to use your second or third round pick on Aaron Rodgers. Last year, in a standard scoring league with 4 points for a passing TD, Russell Wilson led quarterbacks, averaging 21.75 points per week. Typicall undrafted Alex Smith finished 4th, averaging 19.67 points per game. Jared Goff finished 12th, at 17.01 points per game, and Blake Bortles, BLAKE BORTLES, finished with 15.5 points per game. This shows you the difference per week on average, is just 6 points between the best fantasy quarterback and a quarterback you can pick up off waivers.

The moral of the story? Build your depth at running back and wide receiver early. Don’t waste a valuable early or mid-round pick on a quarterback when it’s the most easily replaceable position on the waiver wire. By picking up QB’s with good matchups during the season, you can put yourself in a great position to have a QB that puts up solid numbers for the week, while relying on your early RB’s and WR’s to carry your team.

REMEMBER THE GOAL OF FANTASY FOOTBALL

The goal in fantasy football is not to have the best team in the league, per se. The goal is to beat your opponent for the week. Simple as that. Don’t worry about having the most points, or the best record. Just concentrate on beating your opponent each week. The best way to do this is by minimizing risk. Target players in the mid rounds with defined roles. Alex Collins is not a sexy pick, but have you ever seen the guy run? He’s the clear-cut early down runner on the Ravens, a team that still believes you win with running and defense. He’s not flashy, but he gets volume. And volume means opportunity. And with opportunity comes fantasy points. Just win your week, not the league.

YOU CAN’T WIN YOUR LEAGUE IN THE FIRST TWO ROUNDS, BUT YOU CAN LOSE IT.

The first two rounds are not the time for you to take chances on players you think are going to have a big year. Identify safety, volume players. Don’t reach for a quarterback, or take Travis Kelce because someone else took Gronk and Ertz. Build your depth. Take that stud RB and then very good WR1. It’s simple, but many make the mistake of reaching early, and put themselves behind the 8 ball to start the season.

WHAT TO DO WITH TIGHT ENDS

There are two ways to deal with tight ends. You either draft Gronk at the end of the 2nd, draft Ertz or Kelce in the 3rd, or you wait till the double digit rounds to grab a tight end.

In DFS, I typically look for tight ends in great matchups that are cheap. There are teams that just flat out can’t cover the tight end. The Giants and Browns are absolute machines when it comes to giving up touchdowns to tight ends. By waiting towards the end of the draft to get a tight end, you can play matchups and find tight ends who can put up numbers for the week, while not wasting draft capital on one in the mid rounds, and building your RB and WR depth. In Week 1, you can grab Vance McDonald vs. the Browns if he’s healthy, or Austin Sefarian-Jenkins against the Giants in the later rounds. Don’t reach for a volatile mid-round tight end, just wait it out!

The difference between the best kicker and defense and middling ones, is so miniscule.

These positions are also extremely volatile. Do not draft either position until the last 2 rounds. I’m serious. Are you the guy who drafted the Broncos defense in the mid rounds last year because they had been so good? Well that didn’t work out. They finished 19th overall. Did you see the Rams coming as the 3rd best fantasy defense? This happens every year. Don’t be the guy who drafts a defense in the 8th round. You’ll regret it.

Utilize these tips and you’ll be setting yourself up to dominate your draft. Use this advice to narrow the scope of your pre-draft research, and have a plan of attack. Group players into tiers, that way you know when the pickings are getting slim, and whether you should go RB or WR in round 5.

And don’t forget to hand out “penalty shots” to your friends who try to draft someone already taken, or take an insanely long time to make their pick. Keep it moving guy!

Next week we’ll have an article dedicated to sleepers to draft, as well as players to avoid who I think are going overdrafted.