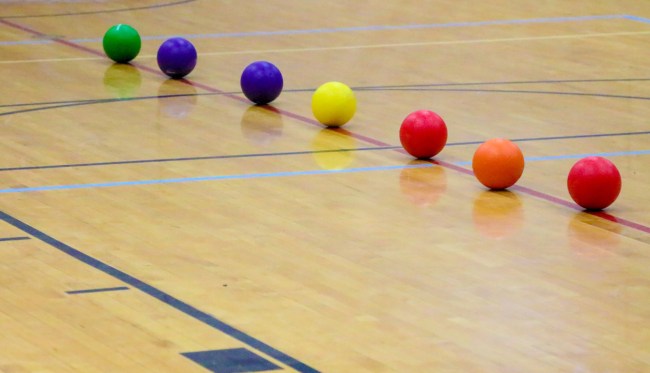 I wasn’t exactly a gym class hero back in high school but there were a few occasions that made me channel my inner Dave Franco in Superbad and take things far, far too seriously.

There weren’t many things I looked forward to more than a rainy day, as it meant there was a very good chance I’d get to wail on my classmates in dodgeball, an objectively fantastic sport that’s nonetheless been labeled Very Problematic by people who fear it makes kids get their feelings (and occasionally faces) hurt.

Dodgeball has been removed from more and more gym class curriculums in recent years, and while I usually stray away from the overused “snowflake” label, I don’t know a better way to describe the people who find it so abhorrent—especially a group of researchers who recently published a study exploring the allegedly oppressive nature of the activity.

According to The Washington Post, education experts at three Canadian universities banded together to explore dodgeball and came to the conclusion that it encourages participants to “dehumanize” each other via the hurling of balls.

Here’s what researcher Joy Butler had to say:

“When you’re setting up the environment for students to learn, and you introduce the idea that it’s okay to slam the ball at whomever you like, even if it’s with a soft ball, the intention is there.

“When students think it’s okay because they’re being told it’s okay to do that, what do they learn? People say [dodgeball] is being used as an outlet for aggression or catharsis. I suspect that this is where they’re learning that.

“[Physical education class] should be an arena where teachers are helping [students] control their aggression and move on instead of expressing themselves through anger.”

I don’t want to suggest Butler was one of those kids who walked laps around the gym instead of actually playing a game but nothing would surprise me less.