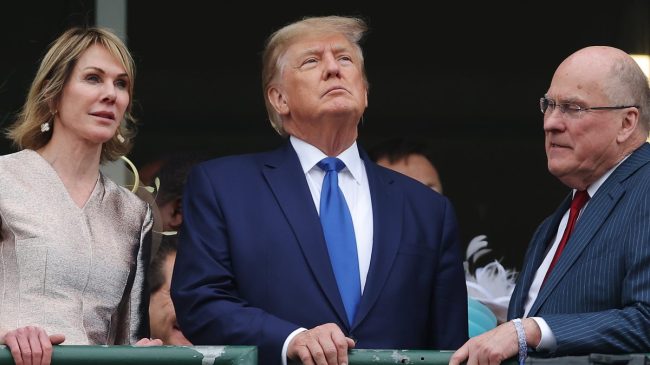 An old cold take from Donald Trump is going viral after it was reported that the Dallas Cowboys are now worth an NFL high $8 billion. The quote stems from comments made in the early 1980s when the millionaire was deciding between NFL or USFL ownership.

Trump has long had interest in owning a professional football team. He toyed with the idea of buying America’s team 40 years ago. He was also mentioned as a candidate to purchase the Bills in 2014, a story that Stephen A. Smith says fueled his desire to run for President.

But in that 1983 debate on whether he should buy the Cowboys for $50 million or a USFL team (New Jersey Generals), he chose the USFL. He then famously said the following.

“I feel sorry for the poor guy who is going to buy the Cowboys … he’ll be known to the world as a loser.”

Now, the Cowboys are worth $8 billion while the USFL folded just two years in. Fans on social media were quick to comment on the freezing cold take.

NFL Fans Respond To Donald Trump’s Comment About The Cowboys

Many fans chimed in after seeing Donald Trump’s comment about the Cowboys. Take a look at the immediate reaction.

Rare L for the Donald

Others, though, are saying that he wasn’t completely wrong in his original assessment.

He wasn’t completely wrong. The guy who bought the cowboys is rich but he’s also a loser.

Maybe it’s a good thing, at least for Dallas, that they wound up with Jerry Jones instead of Trump. They’ve seen unbelievable financial growth under Jones’s leadership.

Trump would have screwed it up Dallas dodged a bullet

One thing is for sure. This cold take will only continue its poor aging as the Cowboys’ worth skyrockets.