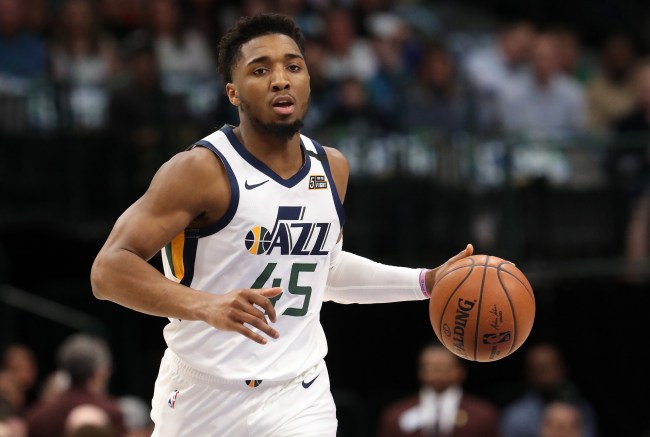 When Donovan Mitchell became the second NBA player to test positive for the coronavirus — joining his Utah Jazz teammate, Rudy Gobert — the sports world was shocked. Not only are both players All-Stars in the league, but the subsequent positive tests immediately suspended the league from any further games, with talks of the postponement lasting until mid-June as a best-case scenario.

CDC recommendation of no events of 50-plus people for next two months comes as a number of NBA owners and executives increasingly believe a best case scenario is a mid-to-late June return to play — with no fans. League's scouting for possible arena dates all the way thru August.

With everyone in the world asking tons of questions about coronavirus — with some ignorant people even ignoring strict rules by states to avoid large crowds — Donovan Mitchell gave a telling interview recently on Good Morning America, describing just how scary COVID-19 really is. That’s because, while talking to host Robin Roberts, Mitchell said he has “no fever, no symptoms” and that he feels good, while adding that he “would be ready to lace up” if he had to play in a 7-game series tomorrow. If that doesn’t make you worried about the seriousness of this pandemic, what will?

The Utah Jazz star is a healthy 23-year-old pro athlete, who hasn’t shown any signs of COVID-19, yet tested positive. He told Roberts that “if it wasn’t public knowledge that I was sick, you wouldn’t know it. And that’s the scariest part of this virus” — and he’s absolutely right, because many people are still going about their daily lives without precaution, and, unknowingly, could be transmitting the virus to others who are more susceptible. You can see the entire GMA interview with Mitchell below.

EXCLUSIVE: “I think that’s the scariest part about this virus is that you may seem fine.” @NBA star @spidadmitchell speaks out for the first time from isolation since being diagnosed with COVID-19, despite being “asymptomatic.” https://t.co/i9rZzYvW4s pic.twitter.com/wZJBteQjtV

Unlike the seasonal flu or other diseases out there, there’s no real consistency with the coronavirus, as those who have tested positive have report things like a high fever, a dry cough, fatigue and shortness of breath, among other symptoms. The fact that Donovan Mitchell is in self-isolation after testing positive and hasn’t shown any of these signs is absolutely terrifying, and should serve as a signal to everyone to just keep themselves on lockdown for the foreseeable future until there’s more info about the pandemic.

Right now is the time to practice social distancing and get to know yourselves a little bit better. Work from home. Play video games. Sleep. Test out some new hobbies. Educate yourselves on both COVID-19 and other things that interest you. Because, all though you may be asymptomatic and not showing signs of having the coronavirus — as Mitchell is — that doesn’t mean you might not be carrying it as an infected host, and, thus, passing it on to other people along the way.