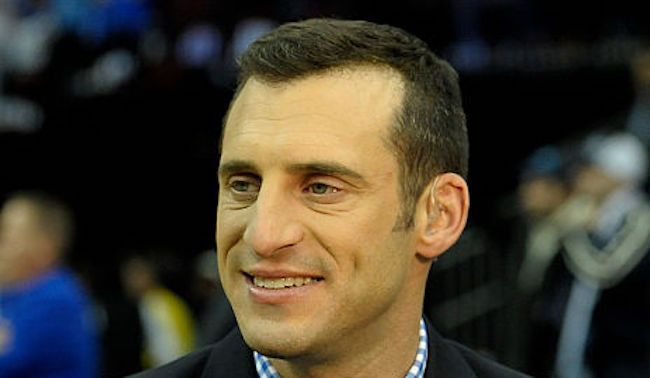 You have to be a special kind of idiot to not support Andrew Luck’s decision to retire from the NFL at the age of 29 after suffering a series of debilitating injuries over the course of his career but that didn’t stop more than a few people from tearing into him for choosing to hang up his cleats—including the Colts fans who booed him as he walked off the field for the final time on Saturday night.

However, I would argue no one had a hotter (or dumber) Andrew Luck take than Doug Gottlieb, who penned one of the more moronic tweets I’ve ever seen in the wake of the quarterback’s announcement.

Gottlieb immediately found himself on the receiving end of a great deal of criticism from the likes of Troy Aikman and Torrey Smith and even his wife chimed in to point out how dumb the comment was.

That’s total bullshit Doug. What qualifies you to decide how someone should live their life? So you’re now the authority on what motivates Andrew Luck? And if his decisions don’t fit into what you think is best for him then you rip him? Guess that keeps you employed on FS1. Nice https://t.co/p59DsmPoER

You stole credit cards because working was “too hard” https://t.co/SoLAVUwo3h

On Monday, the former Notre Dame basketball player had the chance to address his comment on his radio show and decided to insert a second foot into his mouth when he opted to defend it instead of simply taking the L.

Gottlieb decided to go with the “It was just a prank, bro!” defense before doubling down and spouting off some vapid bullshit about the millennial generation just for good measure.

Here’s what he had to say via NESN:

Go up and look at all the things that define (what) millennials are. They want to work in groups, but they do want confirmation and affirmation of their success. They’re willing to move. … But they’ll get after it and work hard, then they’ll want a raise two weeks later.

Sound like any football players you know? Want a raise as soon as they see any sort of success even though their contract says otherwise?”

At least those players ask for a raise instead of stealing credit cards to pay for shit they can’t afford.