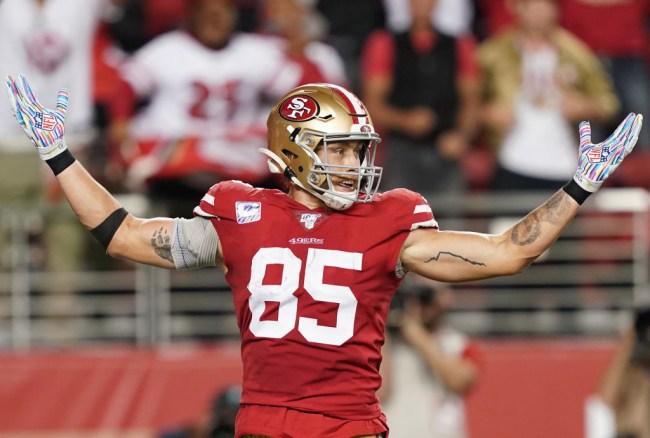 I like to think I can hold my own when it comes to talking about sports when you consider I write about them on a daily basis but I’m wise enough to know I don’t know jack shit compared to some of the people who cover them for a living and are compensated heavily to do so (which is why I once took myself out of contention for a job at Sports Illustrated after realizing I was more out of my element than Donny was in The Big Lebowski).

However, as Stephen A. Smith has proved on countless occasions (and Booger McFarland showed us all on Monday night), it’s apparently more than possible to make a major chunk of change in the sports broadcasting world even if most of the talking you do comes out of your ass as opposed to your mouth.

This brings us to the case of Doug Gottlieb, who initially made a name for himself as a basketball player at Notre Dame and an even bigger name for himself when he was kicked off of the team for stealing a fellow player’s credit card.

After failing to make it to the NBA, he would eventually pivot to broadcasting and has done a pretty solid job covering the college basketball world for the past couple of decades.

However, the same can’t necessarily be said when it comes to other sports.

Gottlieb recently chatted with noted blowhard Colin Cowherd and did what he could to match the latter’s ability to provide an impressively uninformed opinion when he turned his attention to 49ers tight end George Kittle, who he described as an “unbelievable talent” before dinging him for being unable to block.

Unfortunately for him, someone was more than happy to pull out the receipts and put together a video to debunk his claim.

As The Big Lead notes, PFF ranked Kittle as one of the top blocking tight ends in the league and 49ers coach Kyle Shanahan recently praised him for his efforts.

#49ers Kyle Shanahan said that George Kittle had one of his best run blocking days in Baltimore along with Mike McGlinchey which is why they were able to run it so well with Raheem Mostert.

Doug might want to just stick to college basketball from now on.