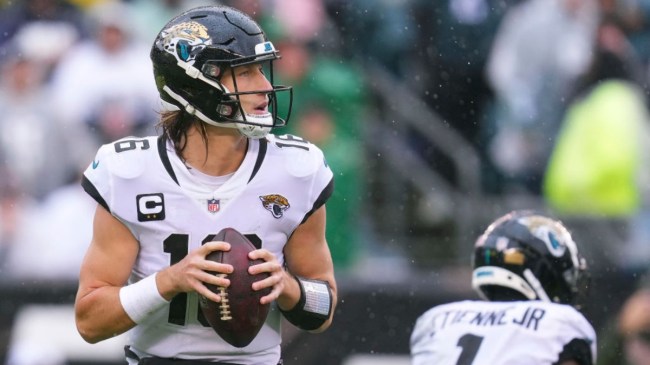 Through the first 4 weeks of the NFL season, the Jacksonville Jaguars have been one of the league’s most improved teams. After struggling to a 3-14 record last year, they won 2 of their first 3 games to start the new season, impressively destroying both the Colts and Chargers.

In Week 4, they hit a bit of a bump in the road. The Jags travelled to Philadelphia to take on the Eagles for their 4th game and things actually started out pretty well for them. They held a 14-0 lead at the end of the 1st quarter against the only unbeaten team left in the NFL. Then the turnovers began.

Early in the 2nd quarter, Trevor Lawrence was strip-sacked for the 1st time in the game, leading to the Eagles’ first touchdown. Another Lawrence fumble at the end of the half would set the Eagles up to take a 20-14 lead.

In the second half, the turnover struggles continued for Lawrence. The Jaguars’ last 4 drives of the game saw Lawrence throw an interception and lose 2 more fumbles on the way to a 29-21 loss.

It was a disappointing performance from an offense that had looked good throughout the season.

"We're going to bounce back…"
— @jamalagnew#Jaguars

Let’s hope it’s a blip. I don’t think it’s a setback. I think it’s a blip. You hate to say it, but maybe it’s one of those games in the season where just nothing goes right. It happens. I never make excuses. We have to do a better job of hanging onto the football. He knows that. That’s the prize possession out there. If we make the plays that were left on the field, it might be a different outcome today.

Lawrence and the Jaguars hadn’t had anywhere near this kind of problem with turnovers so far this season. They’ll have a good chance to get this cleaned up next week against a winless Texans team that has created 6 total turnovers in the first 4 weeks.