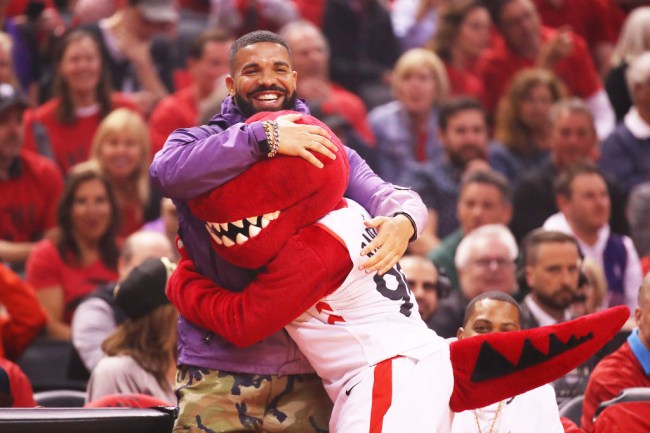 Last night the Raptors pulled ahead to take a 3-2 lead in the Eastern Conference Finals by winning their third straight game against the Bucks—the first time Milwaukee has lost three games in a row all season—and Drake, true to form, took all the credit.

In the midst of his feud with Mallory Eden, the daughter of the Bucks owner who tried to troll him with a Pusha T shirt, the rapper decided to address the media and gave a celebratory speech that made me want to run through a wall (and I’m not even a Raptors fan).

Drake delivering a passionate speech after the #Raptors Game 5 win in Milwaukee pic.twitter.com/jHhN6vzAom

“Look at this. We created this,” he said. “This didn’t exist before we were here.” He might have jinxed the Maple Leafs but the Raptors seem to be doing just fine so far.

Obviously, you love to see energized fans in the playoffs and this degree of fanfare is hard to come by—especially in Toronto. But Drake is practically running the team at this point. Players look courtside for Nick Nurse only to see Drizzy windmilling as if he hit the last three.

Drake was a hot topic of conversation on today’s conference call with Mike Budenholzer. He said, in part, “There’s certainly no place for fans — or whatever Drake is for the raptors — on the court. There’s boundaries and lines for a reason.”

Imagine being Kawhi and going 11-25 from the floor on your way to dropping 35 points and soaking up four or five hard fouls only to have Drake come and take all the credit.

At best, Drake is a wannabe Spike Lee. At worst, he is a curse. I guess you either love him or you hate him.