Draymond Green, Who’s Played For One Team His Entire Career, Speaks On ‘Crappy Franchises’ Not Being Held Accountable When Draft Picks Don’t Work Out 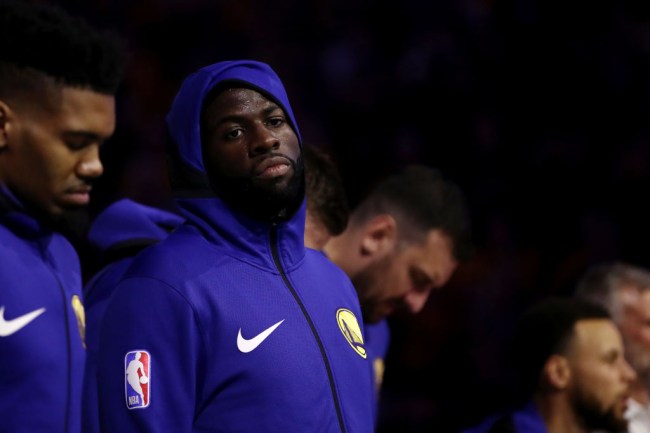 Draymond Green and the Warriors took on the Lakers in a preseason matchup on Wednesday night and after the game, Green talked to the media, as per usual.

Green is more often than not honest and candid with the press and certainly was on Wednesday.

One of the subjects that Green addressed was the play of Marquese Chriss who recently signed a non-guaranteed contract with Golden State. The former eighth overall pick in the 2016 NBA Draft has played for four different teams in his three-year career.

Chriss had an ok rookie year with the Suns averaging just over nine points, but his numbers have dropped dramatically since then as he simply hasn’t developed into what most of the NBA world expected him to be.

Well, Green, who has played for only one team in his entire career and has never not been on a playoff team spoke out about how ‘shitty franchises’ are to blame not so much the player himself.

“I think everyone was just kind of waiting on him to turn that corner. He seems like he’s turning the corner. You know, I think he’s been in some pretty tough situations. No one ever blames the situation, though, it’s always the kid. No one ever blames these [expletive] franchises. Just always want to blame the kid. It’s not always the kid’s fault.

He’s getting older now so he’s not a kid anymore, but he came into this league as a kid. But it’s never the organization’s fault, it’s always that guy.”

"No one ever blames the situation, it's always the kid." pic.twitter.com/jena1PBNRs

There’s no denying that Green standing up for his new teammate and a player that hasn’t found his footing in the league is admirable, but it’s quite ironic coming from a guy that hasn’t necessarily faced the most adversity throughout his career. Simply put, he hasn’t been in the shoes of a borderline NBA talent or as someone in the front office running, you know, a business.

He’s been a part of a super team, has three NBA titles on his resume; but he’s the wise one when it comes to younger guys struggling in the league.