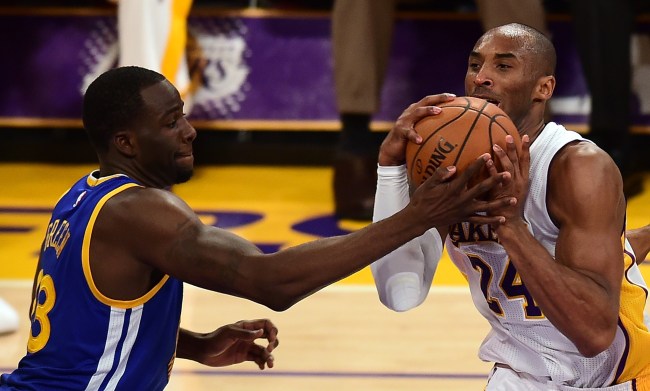 On Monday, as I was writing about Real Madrid’s tribute to Kobe Bryant, I tried to bring light to a dark situation by joking that even in death, the Black Mamba was pulling off remarkable superhuman feats: he made the notoriously dirty Sergio Ramos seem likable.

Well, Bryant is back at it again, as Draymond Green — possibly one of the most universally disliked players in the NBA — came off as extremely intelligent and emotionally in-tune and eloquent and thoughtful when he discussed what being a father means to him and what Kobe was probably doing in his final moments.

Green, a 29-year-old father-of-three, powerfully described how a father must become whatever their child needs at any particular moment and how that lets him know what late Los Angeles Lakers legend was likely doing in his harrowing final moments.

Draymond Green with a deep, personal reflection on Kobe, parenting and what it must’ve been like in those final moments for him trying to protect his daughter pic.twitter.com/ertIPvo0gK

Bryant, the 5-time NBA Champion and 18-time NBA All-Star, tragically passed away at the age of 41-years-old in a California helicopter crash on Sunday, January 26. Bryant was one of nine victims in the crash along with his 13-year-old daughter Gianna Marie. According to reports, the pair were heading to Bryant’s Mamba Academy for a youth basketball tournament.

Bryant’s death has devastated the sports community across the globe, as tributes and homages have not stopped pouring in since the moment the awful news broke.

The thoughts and prayers of the entire BroBible team out go out to the friends, family, and loved ones of the Bryant family during this extremely difficult time. May Kobe, Gianna, and all of the victims of the crash rest in peace. Mamba Forever.