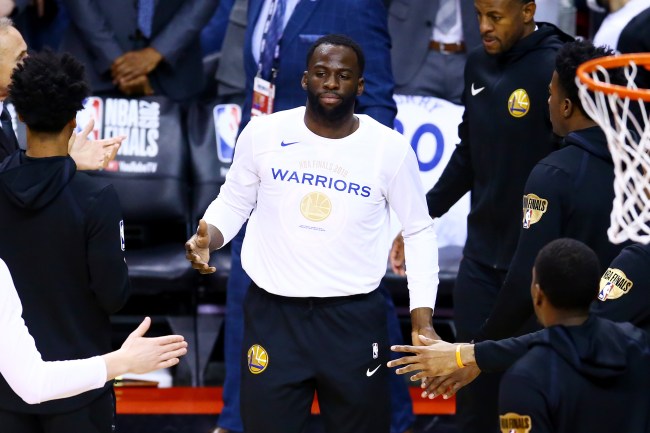 Draymond Green has been playing like a man possessed since his teammate Kevin Durant went down with a calf injury in the second-round of the NBA Playoffs. Thing is, the Golden State Warriors need it, because, in addition to Durant being out, it seems like the entire team is battling some sort of ailment, which prompted DeMarcus Cousins to poke fun at how many guys are injured on social media following the team’s Game 2 victory in the NBA Finals.

While Draymond Green has always been capable of putting up triple-doubles thanks to his timely scoring, rebounding and court vision to rack up assists, there seemed to be something that held him back earlier this season — his fitness. In fact, Draymond was so out of shape that, in March, Warriors general manager Bob Myers had an intervention with his All-Star forward, which prompted the player to change things up and drop 25 pounds in the past 2.5 months.

In a feature story on ESPN.com, Ramona Shelburne broke down how the intervention from Myers went, which has led to Draymond Green keeping his emotions in check on the court, while being selective and disciplined with how he treats his body off the floor. Take a look below at how he’s been able to change things around in such a short amount of time.

“Bob said, ‘If we’re going to win a championship, you have to get in shape,’” Green says. “I was like, ‘Oh, I know. I’m fat as hell right now. Give me two weeks. It will probably take 10 days, but give me two weeks for sure and I’ll be good.

With the challenge from Bob Myers for Draymond to get into better shape, the forward decided to cut out junk food, wine and fast food, and moved towards a chef’s diet that helped him with cravings, giving himself more self-control. That’s actually impacted a lot of his life since.

It’s pretty interesting to see a guy go through this sort of transformation during a season, so kudos to Draymond Green for taking the challenge and criticism, recognize the problem and change things around for himself. Given his level of play lately, who knows if the Warriors would be where they are if the more sluggish, emotional Green was around during this NBA Finals run.