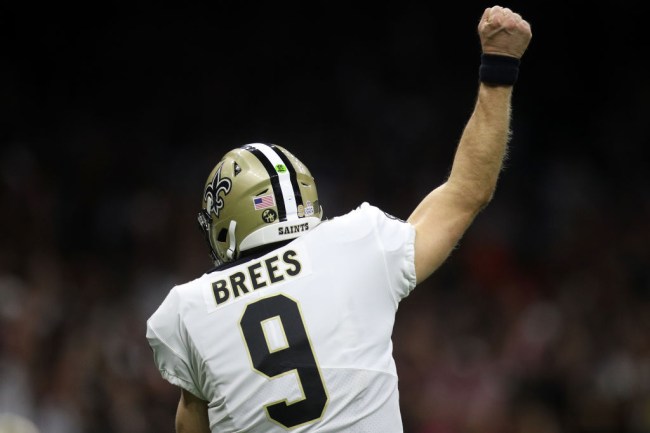 This past weekend, I went to a cash only bar (because some bar owners just want to watch the world burn), had a few pops, went to the ATM to take money out, and for the life of me could not remember my PIN. Four numbers. Granted, I got the new card two weeks ago because I forgot my old one at a bar and am too pathetic to go to the Upper West Side to retrieve it. Oh shit that tidbit was intended for you to think more of me.

Point is, I have the memory of the grandmother from The Notebook. Which is the only thing standing in my way from being an NFL quarterback, a position where memory is almost as important as arm strength.

Drew Brees tossed a 62-yard touchdown pass to Tre’Quan Smith to poetically pass Peyton Manning as the NFL’s all-time leading passer (Peyton threw for a cartoonish 71,940 yards in his career). Brees’ historical night capped off a career year for the 39-year-old quarterback, who completed 26 of 29 passes for 363 yards and three touchdowns. His completion percentage of 89.7 was the best percentage he’s had in his 18-year career.

In his postgame interview with ESPN’s Lisa Salters, Brees was asked about what play the Saints called to break Manning’s record. Studies have shown that the average person has the ability to hold 5-9 items in their short-term memory.  Drew Brees is far from average.

If you were wondering what the play call was on Drew Brees' record-breaking pass … it's a mouthful 😂 pic.twitter.com/X7yOAkOnrK

From what I could tell from the Drew Brees playcall clip, this play was called: "Gun King Trips Right Terrapin 52 Sway All Go Special X Shallow Cross H Wide". pic.twitter.com/MgBhIcvpnR

This is far from the first clip that demonstrates the intellectual capacity required to play the most important position in professional football. Check out this clip of Brees from last year.

Can I get the Sparknotes version?