Drew Brees Officially Announces Retirement On The Day That He Signed With The Saints 15 Years Ago, Leaves A Legacy That Extends Far Beyond Football 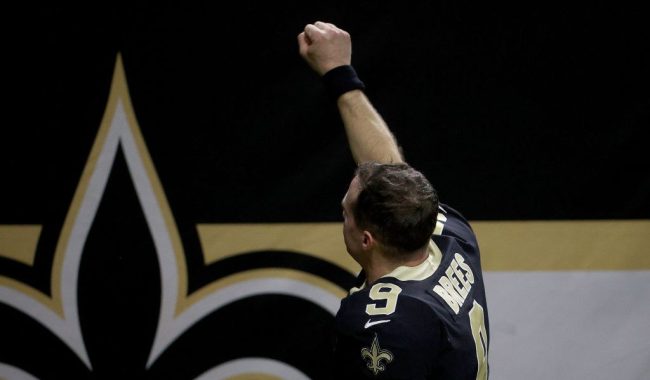 After 20 years in the NFL, Drew Brees has officially announced his retirement with help from his four kids on Instagram. There has been a lot of speculation about whether the 42-year-old would return for one last run at a Super Bowl with New Orleans, but the belief around the league was that he took his last snap in the NFC Divisional Round on January 31, 2021. That belief is now truth and he has signed a contract to join the broadcast booth with NBC.

Brees’ legacy goes beyond the record books, but his numbers certainly speak for themselves. He goes out near the top of almost every statistical category and ranks first in career passing yards, completions and completion percentage, and second to Tom Brady in passing touchdowns. It wasn’t always certain that the former Purdue quarterback would become who he is, and he fell to the second round of the NFL Draft because he wasn’t considered tall enough.

After three seasons with the San Diego Chargers, the team drafted Philip Rivers to replace him. When he was officially announced as the next quarterback of the Saints on this very day 15 years ago, Brees was coming off of a shoulder injury that many doctors believed he would never fully recover from.

March 14, 2006: @drewbrees is introduced as the new quarterback of the New Orleans Saints (🎥 via @WWLTV) pic.twitter.com/iOpYpXoup9

Brees proved those doctors wrong and has become synonymous with the team and the city over the past 15 seasons. While his greatness is defined by many moments, none is greater than winning the Super Bowl in 2010. The city of New Orleans was dealing with continued hardship after Hurricane Katrina left behind destruction and sadness, and the Super Bowl XLIV victory was a special moment that was rooted in rebirth, strength and the Big Easy spirit. There are very few people who could put words to what Brees and the Saints meant to a people who had to come together to rebuild a city, but Wright Thompson’s profile on the storm, its aftermath and football is truly remarkable.

Congratulations to Drew Brees on retirement!

As Brees said in his post, he is “not retiring from New Orleans. This is not goodbye, rather a new beginning.” His final game was a playoff loss to Tom Brady and the Buccaneers, but Brees had fought back to return from 11 broken ribs just a few weeks prior. While the result didn’t go in his favor, even getting on the field speaks to his remarkable work ethic and love of the game.

Drew Brees took one last look back at the Superdome before officially retiring after 20 seasons in the NFL 👏pic.twitter.com/Lu4zSIzDaL

As records come and go, Brees’ bust will soon be enshrined in Canton, Ohio as a deserving member of the Hall of Fame.