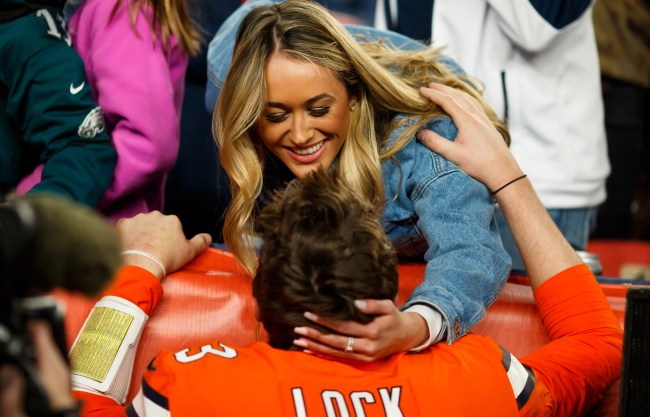 Every now and then a quarterback enters the NFL with kind of swagger that captures fans’ attention. Recent examples who have come into the league and shown an abundance of swagger (with varying degrees of success) include Gardner Minshew of the Jaguars, Lamar Jackson of the Ravens, Baker Mayfield of the Browns, Josh Rosen of the Cardinals, and Drew Lock of the Broncos.

As evidenced by those names, swagger doesn’t always translate into wins, but in the case of former Missouri Tiger Drew Lock, it’s been so far so good. In the five games he started at the end of the season, the Broncos went 4-1 and Lock closed the season out rapping along with some Jeezy on the sideline, as one does. Up until that point Denver was 3-8 with Joe Flacco and Brandon Allen as the team’s starting quarterbacks.

Lock was so impressive, completing 64.1% of his passes for 1,020 yards, 7 touchdowns and 3 interceptions, Broncos general manager John Elway said at season’s end, “I don’t see any options right now. He finished and did a heck of a job. He won four out of five games and played well. I don’t like to show our hand, but I think it’s unrealistic to say we’re going in a different direction.”

Darn right he’d like to think that after his terrible track record with picking quarterbacks.

“I’d like to think my confidence is contagious. Don’t want it to come off as arrogance. Just wanna fun playing the game we all love”.

Lock, who previously dated Kansas City Chiefs heiress Gracie Hunt, is currently dating Natalie Newman, a University of Colorado grad who has a little swagger of her own as she’s managed to amass over 186,000 followers on Instagram despite reportedly being just your run-of-the-mill legal assistant.

Newman, reported to originally be from Los Angeles, received her Bachelor’s Degree in Advertising and Strategic Communications, and based on her and Lock’s social media, she’s been putting it good use as the couple spent a little time recently on vacation in Jupiter, Florida and at the Cheeca Lodge & Spa in the Keys.

Happy New Year but most importantly Happy Birthday to this beautiful woman😍 I’m so thankful 2019 brought you into my life, you bring so many smiles to my face effortlessly! I can’t wait to see what 2020 brings us💛

happiest girl in the world

I wonder if he met Newman on Bumble. Four months ago she posted the photo below with the caption, “Shoot your shot before summer ends & find me on @bumble! 🐝#bumblepartner.”

Shoot your shot before summer ends & find me on @bumble! 🐝#bumblepartner

On October 13th, she posted this photo with the caption, “Your newest Broncos fan 🧡.”

I bet he met her on Bumble.