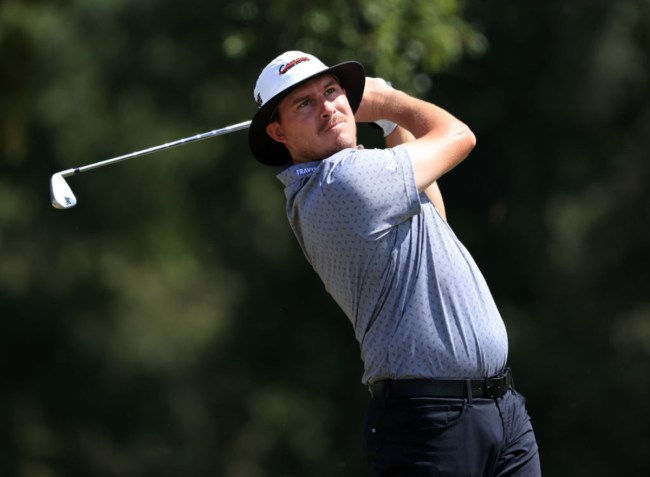 We’ve all been in the situation before. You hop into a cab and the driver is bound and determined to get your life story during the seven minutes you have with them. The driver asks what you do and they inevitably offer up advice about your occupation acting like they have one single clue about whatever it is you do.

PGA Tour player Joel Dahmen fell victim to that situation and luckily his caddie captured the whole thing on video.

Dahmen and his caddie, who are set to tee it up in the Sentry Tournament of Champions in Hawaii this week, jumped in a shuttle and had a rather talkative driver.

It’s safe to say that the driver had zero clue that Dahmen was in fact a PGA Tour player. That, or Dahmen and his caddie, the never-shy Geno Bonnalie, were playing a cruel trick on the guy. Nevertheless, the content is golden.

“Try to get to hole 18 an hour early to get a good seat” at an extremely limited field event in Hawaii isn’t the most sound advice ever given, but the driver certainly thought it was.

"Try to get to hole 18 an hour early to get a good seat"@Sentry_TOC #SentryTOC pic.twitter.com/ei77IZQ1iJ

Joel Dahmen isn’t exactly the most recognizable player on the PGA Tour. Sure, he’s a winner on Tour, but casual golf fans wouldn’t be able to pick him out of a lineup among just a random set of golf fans walking around Hawaii.

Maybe the whole shuttle experience will turn out to be good fortune for Dahmen. Who knows, maybe he wins this week and he and the shuttle driver share a laugh after the fact, that would be an all-time moment.