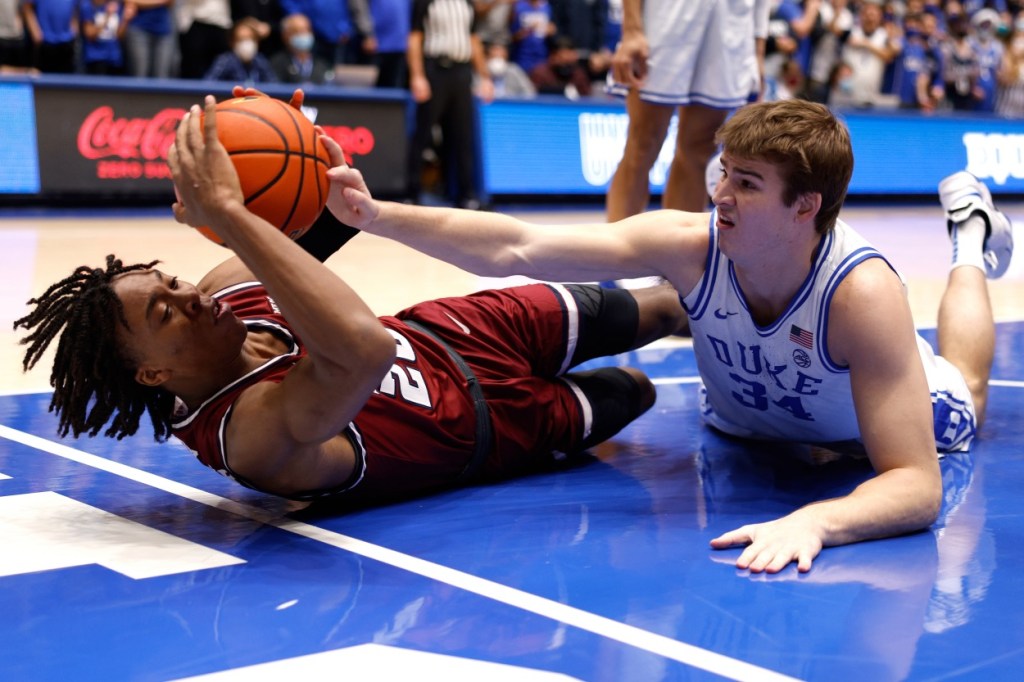 Duke Blue Devils forward Bates Jones is two wins away from celebrating a national championship. It would be the cherry on top of Coach Mike Krzyzewski’s Hall of Fame career but they’ll have to beat their archrival UNC Tarheels first on Saturday. Winning a natty would also mean MAJOR bragging rights over his brother, New York Giants QB Daniel Jones, who was Duke’s QB from 2016-18.

The Blue Devils left Durham for New Orleans earlier this week. We know this because they uploaded an truly incredible one-shot drone video from their final practice that looks like it was filmed by Michael Bay. Since then, they’ve been practicing in New Orleans ahead of their Final Four matchup against UNC on Saturday night.

While in NOLA the Blue Devils evidently stopped by the New Orleans Saints practice facility where Bates Jones got to show off his cannon of an arm. The Duke forward was an All-State quarterback in North Carolina back in HS and led his team (Charlotte Latin) to an N.C. state championship back in 2016. So it shouldn’t surprise anyone in the know that he’s got a rocket for an arm but daaaaaaaamn this dude can throw.

YO! BATES JONES HAS AN ARM!

Runs in the family pic.twitter.com/rbNHipZiII

That video of Bates Jones throwing a football from about the 2-yard line all the way down the field was originally uploaded to Theo John’s Instagram story before it was re-shared to Twitter. There wasn’t any mention of Uncle Rico in the clip but you KNOW that dude would love to challenge him to a throwing contest. Bates Jones would launch a ball over them there mountains without thinking twice about it.

A fun fact about Duke’s Bates Jones is prior to joining Coach K and the Blue Devils as a Graduate Student he played for Davidson College. As I’m sure everyone here knows, Davidson College is Steph Curry’s alma mater. Winning a national championship after playing at Davidson would be some fun bragging rights should Bates ever run into Steph Curry at a game given their shared history.

What are the Duke fans saying about him launching a football?

That mf is Steph Curryyyyyyy

He should have played football for Duke this year 😭

I have no evidence that the Jones Family gets together for a ‘Turkey Bowl’ on Thanksgiving. But knowing that Bates Jones can hurl a football like that AND his brother is Giants QB Daniel Jones I’d pay PPV money to stream their family’s Turkey Bowl game if it exists.