These dunkers are as good as it gets. They are competing in Season 3 of Dunk League presented by Whistle and the contestants are vying for $50,000.

Each week of Dunk League brings a new set of challenges. Last week, the dunkers kept raising the rim and higher and higher to see which contestant could jam the highest.

This week they’re mixing up the height again only they’re making it easier to dunk which means these slam-dunking magicians can truly display their skills. Think about what it was like when we were all kids and could jam on the playground. This is like that but with actual legitimately talented athletes making it rain.

As is the case each week, the top-performing contestant gets paid and the one who finishes in last place gets sent packing. Just hit play on that video above to watch the Dunk League Season 3, Episode 3!

And if you haven’t caught up on the first two episodes in Season 3 of Whistle’s Dunk League, we’ve got you covered. You can check out my previous articles here and here, or you can watch the videos below. Episode 1’s challenge had the contestants putting together their best mixtapes:

And episode 2, as I mentioned above, was a challenge where they kept raising the rim higher and higher unit there was just one dunker left:

If you enjoyed this week’s episode and want to catch more videos from Whistle, be sure to smash the ‘subscribe’ button on any of those videos above! You can also check out Eagles RB Miles Sanders revealing his favorite Philly Cheesesteak spot in Philadelphia. 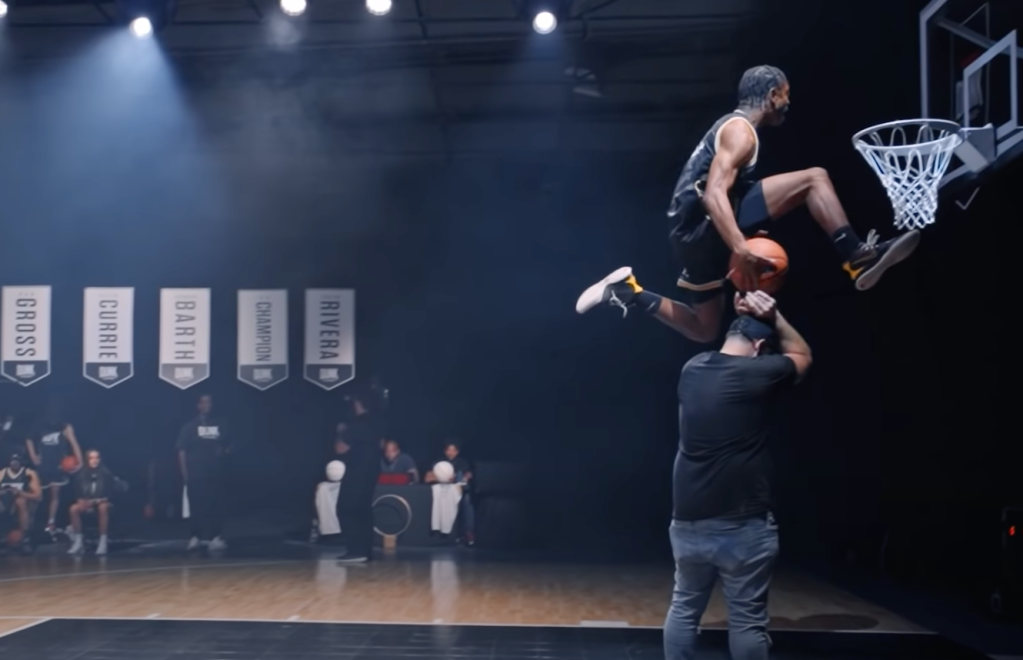