Dunk League? DUNK LEAGUE!!! We’re back with episode 2 of Dunk League Season 3 from Whistle and we’re coming off some truly electric performances above the rim. Just hit the ‘play’ button on that video above to start watching

Competitor Isaiah Rivera simply could not be stopped in Episode 1 (watch there if you haven’t seen it yet). Episode 1 was a basketball competition to see who could put together the best 90-second mixtape. But that’s in the past now and we’re living in the future.

In Whistle‘s Dunk League S03E02, these competitors are all about living above the rim. They are on a quest to see who can jam the highest. And they’re doing this by raising the rim higher and higher until there’s only one of these world-class dunkers left. The winner of this challenge will also take home a cool $5,000 payday along with the bragging rights.

If you didn’t hit the ‘play’ button on the video at the beginning of the article you’re still in luck. Because I’m such a nice guy, I’m including this dunk competition clip twice in the article so you don’t have to scroll up and down to find the action. It’s hard work being this thoughtful but someone has to do it, right?

The stakes are always high in the Dunk League competition. These professional dunkers run the risk of getting sent home each week if they finish at the bottom of the points table.

This week’s unfortunate jammer who got sent packing was CJ Champion. While last week’s $5,000 winner was just barely edged into 2nd place by Jonathan Clark who leapfrogged into the 1st overall spot with 58.5 points to Isaiah Rivera’s 57.9 points. And both of those dunkers have taken home $5,000 so far in this season.

If you enjoyed that clip but missed Episode 1 from Whistle, just follow that link to our recent article. And don’t forget to smash the ‘subscribe’ button on the Whistle YouTube channel.

Likewise, if you’re looking for more interesting videos to pass the time today there are some cool recent ones in the BroBible archives. Check out ‘Eagles RB Miles Sanders Reveals His Favorite Philly Cheesesteak Spot‘ and/or ‘Bears TE Jimmy Graham Went Skydiving With Elite US Army Golden Knights Parachute Team‘. 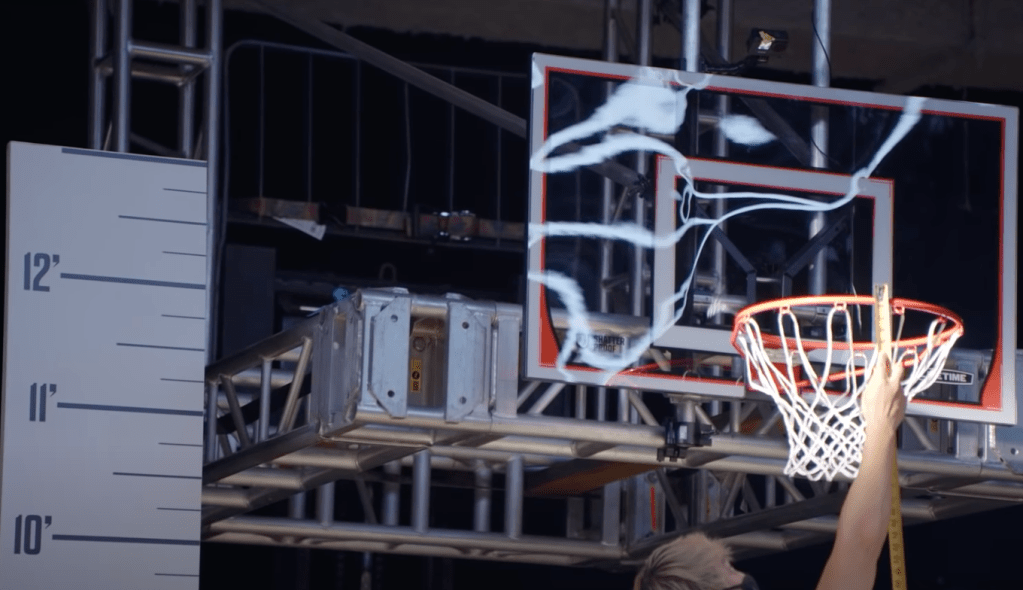