Dunk League by Whistle is back for episode 4 and this week’s slam dunk challenge will be decided by special guest judge 3x NBA Slam Dunk Contest champ Nate Robinson. Week 3’s competition was electric with two of the contestants splitting the winnings after they lowered the rim to just 9-feet to see what they could do with an extra foot above the rim to work with. Just hit ‘play’ on that video above for the action!

Even though Tyler Currie tied for 1st last week he was still sent packing after Dan Gross blew the judges away. Now the field is down to six dunkers. Jonathan Clark leads the field with $7,500 in winnings over the first three challenges and 88.5 points while Dan Gross risks elimination this week.

The remaining contestants are Jonathan Clark (the favorite), Isaiah Rivera (in 2nd place with 87 points), Jordan Kilganon, Jordan Sutherland, Connor Barth, and Dan Gross. It does put added pressure on these ballers that Nate Robinson is a judge because he knows the Dunk Contest jams as well as anyone. Check it out:

So where do we stand after the first four challenges?

Well, despite coming into the week with the fewest points Dan Gross survived the double-elimination round and makes it to the final five. Nate Robinson offered some insight into how this was judged. He said the contestants “didn’t make it easy at all” on the judges so they tried to judge fairly based on “who came with the most swag” and who brought the most creativity.

Following that criteria, this week had a 3-way tie for 2nd place but the winner was Dan Gross. Again, coming into the week in last place in the overall standings I don’t think we expected to see this man win it all AND survive a double-elimination challenge but Dan now moves to the final four dunkers and lives to jam another day.

You can catch up on previous episodes of Whistle’s Dunk League here if you’re behind: Episode 1, Episode 2, and Episode 3. And be sure to smash that ‘subscribe’ button in their YouTube channel if you like what you’ve seen! 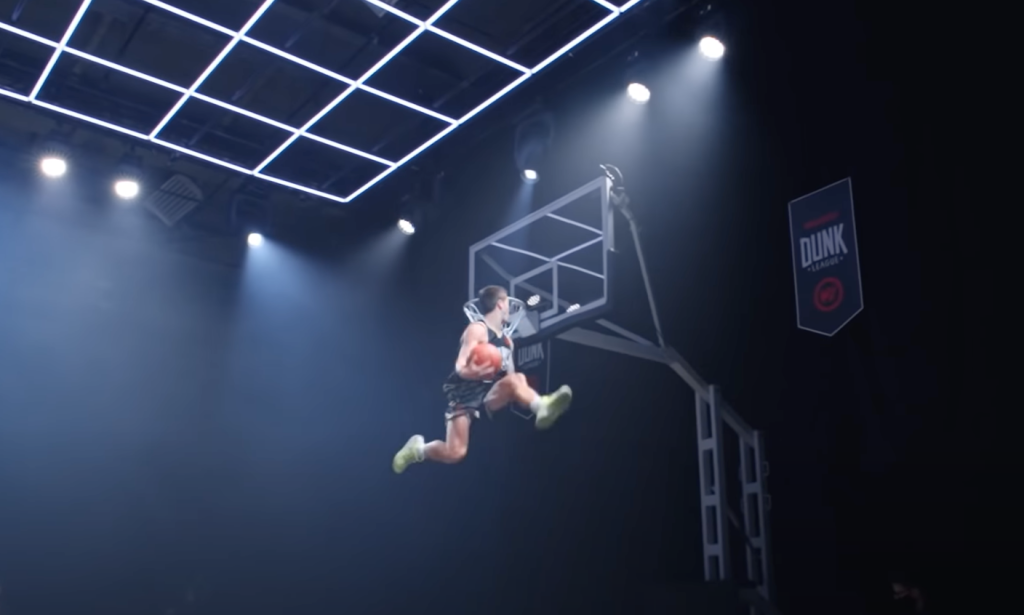