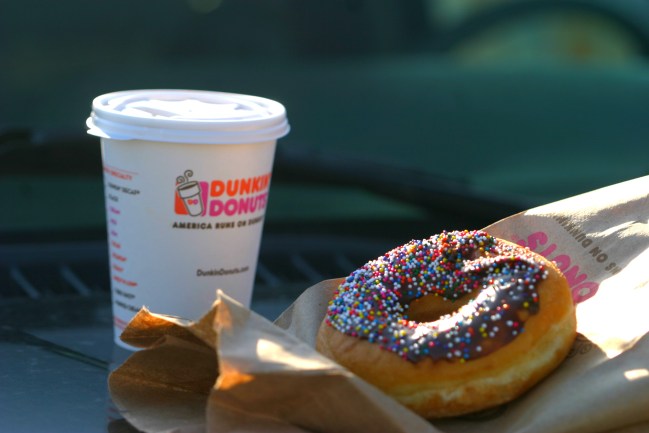 Dunkin’, formerly known as Dunkin’ Donuts, is just two months removed from a PR disaster that sent a shipment of Philadelphia Eagles cups to a Dunkin’ Donuts in Boston, less than a half year after Nick Foles and the Eagles beat the Pats in the Super Bowl.

The Massachusetts-based coffee chain was looking to win itself back into the hearts of New Englanders by creating promotional signs for Game 2 of the World Series that feature a spin on the Red Sox postseason “Do Damage” rallying cry.

Dunkin' Marketing: Let's hand out signs at Fenway that say Do Damage but put NUT in the middle so it spells Donut Damage!

Every Fan At Fenway: Why Does That Say Do Nut Damage? pic.twitter.com/FZDUM1efM1

Dunkin’ did the right thing but joining in on the joke and owning the narrative. PR 101: People can’t make fun of you if you’re already making fun of you.

This didn’t stop droves of people from sub-tweeting various instances of dudes getting drilled in the nuts. It’s the price you pay for a solid promotional campaign.

Not sure the Red Sox thought this one through…. pic.twitter.com/Pv3pD0bSrF