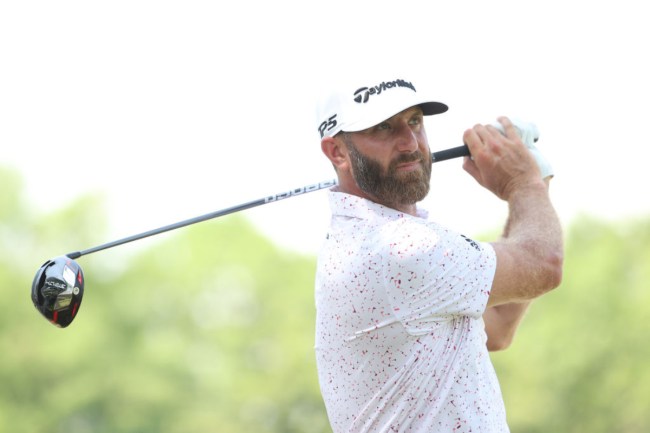 Dustin Johnson being listed in the field for the inaugural LIV Golf Invitational Series was by far and away the biggest surprise of the Saudi-backed circuit’s announcement on Tuesday.

“Dustin has been contemplating the opportunity off-and-on for the past couple of years. Ultimately, he decided it was in his and his family’s best interest to pursue it,” Winkle wrote, according to Jason Sobel of Action Network.

“Dustin has never had any issue with the PGA TOUR and is grateful for all it has given him, but in the end, felt this was too compelling to pass up.”

The PGA Tour has not yet announced whether or not it will be handing out disciplinary action for Tour players deciding to tee it up in LIV Golf events.

The wording from Johnson’s agent paints the picture that they’re expecting the Tour to respond in some way. There have been rumors that the Tour may even ban players who jump ship to LIV Golf.

Earlier this month, PGA Tour players who sought permission to play in the first event were denied. All PGA Tour members are required to seek release to compete in non-Tour events.

The money at stake is the biggest incentive when it comes to playing in LIV Golf events.

The events will consist of 54-hole tournaments, shotgun starts, and purses that will pay $20 million for the individual portion, $5 million for the team portion, and a season-finale paying out a $30 million purse.

Johnson is a 24-time PGA Tour winner, a two-time major champion, a FedEx Cup winner, and has made over $72 million in career earnings.