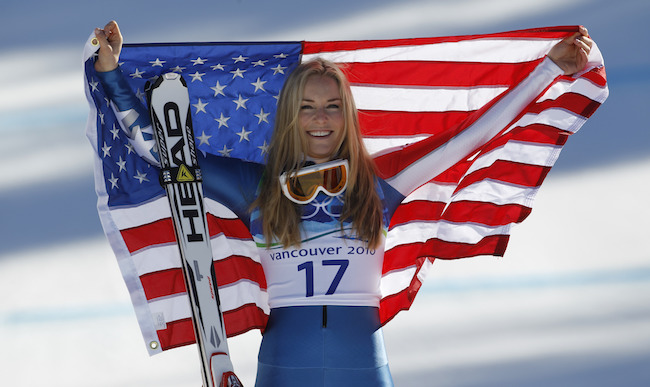 It’s been 16 years since skier Lindsey Vonn made her Olympic debut in Salt Lake City at the age of 17, and the two-time medalist will kick off her final quest for a gold on Friday night when she hits the slope for the women’s super-G. She made plenty of headlines earlier this week after she took to Twitter in search of a Valentine’s Day date, but there’s no doubt she’s hoping to be in the news for a different reason before the closing ceremony.

Vonn has previously said she’s not planning on retiring from the sport anytime soon, but in an interview with The Today Show, she said she’s looking to pivot to a fairly surprising profession when she does: acting. As of right now, her sole credit is as a secretary on an episode of Law and Order, but she might be able to take things to the next level thanks to the help of Hollywood veteran Dwayne Johnson.

Vonn said The Artist Formerly Known As The Rock has offered to let her shadow him for a bit after the Olympics to see if the whole “acting” thing is really for her. It might seem like an unlikely pairing, but I’m sure the duo will be able to bond over the insane workout regimens that both of them subscribe to.

Vonn isn’t the only athlete Johnson is trying to lure to Hollywood. Last week, Rob Gronkowski revealed that he’ll have an opportunity to be mentored by the ex-wrestler in addition to Sylvester Stallone is he decides to retire from football.

I can’t wait to see who shows up in an episode Ballers first.