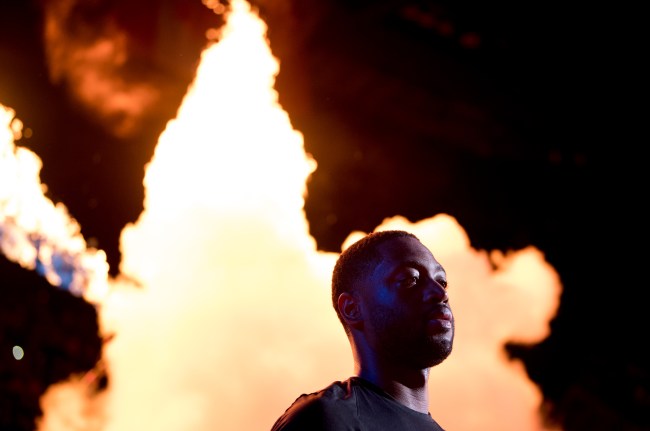 Celtics fans need not be reminded of Dwyane Wade’s seemingly dirty takedown of Rajon Rondo in 2011’s Eastern Conference Semifinals. Rondo dislocated his left elbow in the game after getting tangled up with Wade and falling to the floor. Rondo was writhing in pain on the floor and was brought back to the locker room before magically returning to the game and dishing out 11 assists and a pair of one-armed baskets in the Celtics win.

As it stands today, the injury-riddled Celtics would hobble into the playoffs as the second seed and take on the Heat. Boston may be without Kyrie and Marcus Smart and a first-round matchup against Wade and the Heat doesn’t sit well with C’s fans–namely Bill Simmons.

Houston drawing Utah in round one doesn’t seem fair.

I’m already getting emotionally prepared for a Miami/Boston series with no Kyrie and no Smart plus the unknown Celtic that Dwayne Wade is going to *accidentally* injure. https://t.co/MYPsM82RPI

Wade was quick to reply to Simmons’ jab with a light-hearted (I think) threat.