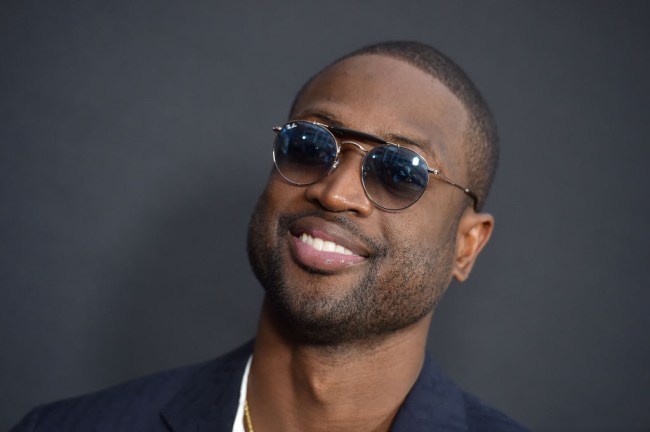 Dwyane Wade’s got it made in the shade. The 36-year-old has achieved miraculous things on the hardwood–three NBA championships, NBA Finals MVP, 12-time All Star, NBA scoring champion, and on and on we go. Wade is also happily married to the lovely Gabrielle Union and the two reportedly have a very sexually adventurous relationship.

The Miami Heat franchise record holder in points, games, assists and steals doesn’t have anything left to prove on the basketball court and his playing days are numbered. It seems D-Wade is testing out the retirement waters by doing retirement things: beating up on scrubs at random gyms.

On Tuesday, Wade invaded a gym to play pickup with some dudes just trying to get some cardio before going home to play Fortnite. Domination is an understatement.

.@DwyaneWade just having “a lil fun with the local hoopers.” 😂
(🎥 dwyanewade/IG) pic.twitter.com/NWKAeoeBAM

Wade wasn’t done. He sent out a smoke signal to the people of New York to try to find a game he could crash. One man’s men’s league team got a pretty hefty boost when the NBA great showed up to ball with him.

Where the local hoopers at NYC🤔🤔🤔!?!? The after work hoopers🤷🏾‍♂️

Join me after work at Chelsea Piers tonight! We got next. #NBATwitter

Ok @DwyaneWade – I’m ready to hoop at Chelsea Piers and have you down as 1 of my 5. Lets go! #NBATwitter pic.twitter.com/k9m2Q04M75

I’m in this Chelsea Piers league, goddamnit! I would have loved to posterize Wade and show him that if I was just a little bit taller, faster, stronger, and more coordinated, I could have really been something.