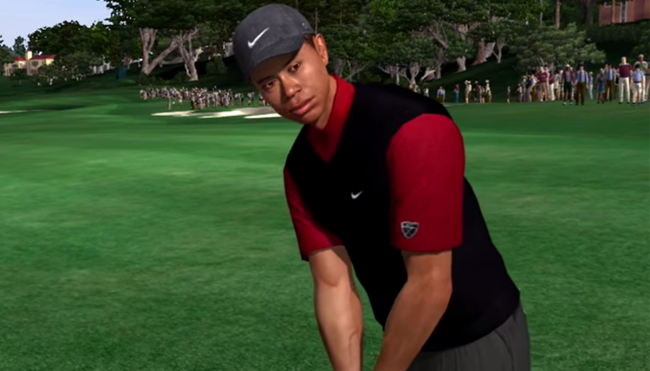 In 1998, EA Sports decided to capitalize on the hype surrounding an up-and-coming golfer by the name of Tiger Woods by making him the face of the PGA Tour video games. For the next 15 years, the golf legend would grace the covers of what would become a beloved franchise, but—and stop me if you’ve heard this before—things eventually fell apart after the company began to run on autopilot before things came crashing down thanks to the flaming wreck it released after Rory McIlroy was tapped to take Tiger’s place.

It’s hard to appreciate just how abysmal 2015’s Rory McIlroy PGA Tour was unless you’ve had the displeasure of playing it yourself, as it almost seemed like EA hosted a focus group where fans of the series were asked to list everything they’d like to see in a golf video game before going out its way to make sure almost none of those suggestions were included.

In addition to gutting career mode and removing many of the other features long-time PGA Tour players were accustomed to, the company also neglected to renew the various licensing deals that had previously allowed you to virtually walk the hallowed links of Augusta National and Pebble Beach. While it tried to compensate by designing custom alternatives, it turned out fans weren’t exactly chomping at the bit to play on a neon-soaked course or a shamelessly synergistic option based on a map from Battlefield 4.

The disastrous release would serve as the franchise’s O’Bannon vs. NCAA Moment, as the series was shelved in its wake and the game was quietly removed from digital stores in 2018 (which was particularly unfortunate when you consider you needed a PS3 or Xbox 360 if you wanted to play any of the installment that came before it.)

That unceremonious end marked the start of a lengthy golf video game drought that came to an end last year with the release of PGA Tour 2K21. It was a pretty solid debut effort by the team behind The Golf Club but still left plenty to be desired thanks to a pretty one-note career mode and the inability to play as any of the actual golfers featured in the game.

Now, EA has apparently decided to get back in on the action, as the company announced its plans to resurrect its own PGA Tour game for the next generation of consoles on Monday. Details are still fairly scarce, as the only thing we know so far is that it will feature the FedEx Cup and The Players Championship in addition to the incredibly vague “sights, sounds, and thrills of the PGA Tour.” The reboot is currently in development, and as a long-time fan of the franchise, I figured I’d take the opportunity to offer EA some guidance in the hopes I might be able to stop them from butchering things this time around.

I’d first like to address all of the pitfalls the company needs to avoid, which can essentially be summed up as “The opposite of everything it did with Rory McIlroy PGA Tour.” Of its many, many, many flaws, one of the core issues was the decision to attempt to cater to “video game fans” as opposed to “fans of golf video games,” as evidenced by the over-the-top arcade mode and default controls and mechanics like the ability to adjust spin while the ball was in the air that made it criminally easy to rack up absurdly low scores.

Part of the reason PGA Tour 2K21 works so well is because of its focus on realism, as the game does an incredible job when it comes to mirroring the golf experience based on the number of times I’ve had to resist the urge to throw my controller through the television after shanking a drive or three-putting from 10 yards out. With that said, EA has the perfect opportunity to differentiate itself by taking a slightly different approach that captures the spirit of the installments that made it as popular as it was.

Much like the man who was featured on those covers, the PGA Tour series did a great job removing the inherent stuffiness of a sport filled to the brim with traditionalist gatekeepers with an affinity for argyle socks and cable-knit sweaters draped over their shoulders. The games may not have been RPGs, but at the same time, they presented players with a wide array of customization options that made it possible to craft a character with their own unique aesthetic and personality.

As a result, you could either play as someone clad in a polo shirt and a sharp pair of pants who waved politely after dunking an iron from 170 yards out or channel your inner Happy Gilmore by creating a golfer who preferred to grip it and rip it on every single shot and celebrated a short birdie putt by doing The Worm on the green. By embracing that aspect, EA can not only redeem the series but set it apart by taking advantage of those arcadey elements without making them the focus, which was a major reason the previous title was such a disappointment.

I’m certainly not expecting perfection when it comes to the new PGA Tour game, as you have to expect EA will experience the same growing pains as 2K did with its initial take on things. I can only hope that newfound competition will give developers some incentive to actually exert some effort this time around, as it’ll be tough to work out the kinks in future versions if the first one doesn’t manage to showcase its potential and prove they’ve learned from their mistakes.

I wish them the best of luck.