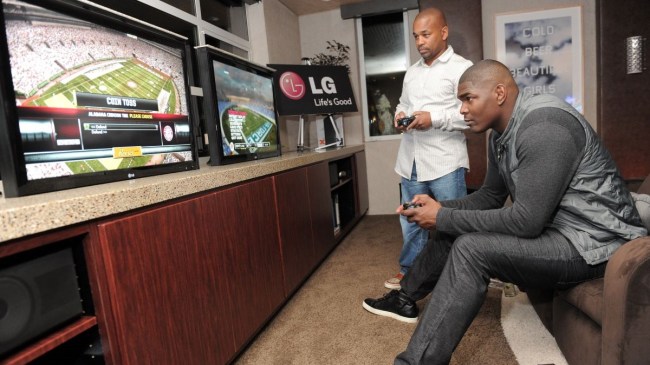 The introduction of name, image and likeness rules to NCAA sports has brought about a number of fantastic stories and opportunities for NCAA athletes.

Take, for instance, UNC basketball star Leaky Black signing a deal with a plumbing company. Or a bunch of offensive linemen across the country signing on to be brand ambassadors for Hooters. There’s certainly no shortage of evidence that the legislation has been good for college athletes.

But what about the fans?

Well, there’s one clear reason why the introduction of NIL laws is good for them. It means the return of EA Sports NCAA video games after more than a decade away. The last game was released in 2013 and featured former University of Michigan quarterback Denard Robinson on the cover. But a lawsuit by former UCLA basketball player Ed O’Bannon put an end to the fun.

But now the game is set to return and EA Sports supposedly has some big plans for the new version. Though fans may have to wait just a little longer than expected.

Initially, the new edition was set to release in the summer of 2023. The video game giant has already begun gathering stadium assets and figuring out group licensing deals for the new game and fans couldn’t wait. But now it appears they’ll have no choice.

Per multiple sources familiar with the situation, EA is expected to announce tomorrow morning around 10 AM ET that EA Sports College Football will be delayed until 2024. More details to come tomorrow. https://t.co/iatNaUnnEz

Matt Brown, the author of the Extra Points newsletter, reported late Monday night that EA will announce its intention to delay the game’s release until 2024 on Tuesday. The news devastated the fans of the famous game series, who flooded Brown with nearly 4,000 quote tweets lamenting the change.

I was scheduled to stop interacting with my family completely when this got released in 2023. My children have had enough “dad time”!

We had just asked @CoachCaddy24 today on the show on if he was starting a Dynasty team with Auburn if he would pick him and Ronnie Brown or Tank Bigsby & Jarquez Hunter.

He took long pause and said…….

Others tried to spin it as a positive.

I'm sure EA is just taking their time and trying to get everything right so they don't sell us a broken, unfinished game https://t.co/58uuWR0pBp pic.twitter.com/d7mPJxc5ME

But most just felt nothing but sadness.

When I die I want EA to be my pallbearer so it can let me down one last time https://t.co/9vgZFb69dd

All we want in life is to lead out favorite teams to a national championship while battling Navy for the No. 1 recruit in the country. Is that really so much to ask.